Sporting shades and a wrap dress, she raps:

Her appearance has already inspired a trending hashtag on Twitter #FLOTUSBars, a riff on #PopeBars, which started last week in response to a photo in which Pope Francis looked like he was rapping.

It’s not the first time FLOTUS has used rap for a cause. As part of her ongoing campaign to raise awareness about healthy, active living to combat obesity in the U.S., she has promoted the album Songs for a Healthier America, featuring artists like Ariana Grande, Travis Barker, Jordin Sparks, Ashanti, and Matisyahu, and tracks like “Veggie Luv” and “U R What You Eat.” 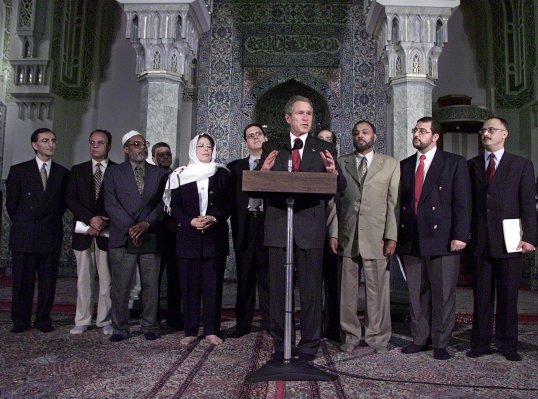 Donald Trump Makes George W. Bush Look Like a Paragon of Statesmanship
Next Up: Editor's Pick