5 Gadgets That Keep Your Phone Alive All Day

It’s late in the day, you’ve been on the go since morning, and you’re about to head out again — maybe to the airport or perhaps out with friends. You look down to check the time on your phone when you notice — oh no! — your battery is down to the single-digits of charge.

This no time to be tethered to a wall. But it’s also be no time for lugging around a big battery, nor topping up with a tiny pocket-sized cell. Just like there’s a right tool for every job, there’s a best battery for every circumstance. Frequently running out of juice? Match one of these five top battery packs to your typical situation.

Running out of battery in your smartphone can be a downer, but having no charge in your power cell can be devastating. At 7.3 by 2.4 by .9-inches, this beefy battery pack will fill up a pocket fast, but only costing $59 on Amazon right now, it won’t make a huge dent in your wallet.

At that price, it’s a very good value for the amount of power you get — the 20,100 mAh battery is enough to fully charge an iPhone and an iPad before having to be refreshed. The PowerCore+ also packs smart charging technology that sends the maximum amount of juice to a specific device, so it will power up as quickly as possible. And that’s a great thing, because in addition to topping off smartphones and tablets, through its USB-C port, the PowerCore can give specially-equipped laptops like the new Apple Macbook a boost, too.

Glove compartments can get filled up in a hurry, but one way to cut down on clutter in your car is by using multi-purpose tools. So, instead of storing a portable battery, a flashlight, and an emergency escape tool into your car, simply pack a PowerItUp. Looking like a portable flashlight — only a lot more useful — this $39 waterproof, 5,200 mAh USB battery can get you out of many jams.

For instance, its battery capacity is enough to charge a Google Nexus 5X nearly twice. Its 220 lumen flashlight can throw a beam as far as 300 feet. And the emergence escape features can both cut through a seatbelt and crack a window, in case you need it.

Saving your phone is great. But Wakawaka doesn’t stop there — it’s also trying to save the world in the process. A durable, solar-powered battery, the Power+ only has 2,200 mAh of capacity, which is good for charging an iPhone 6 about two-thirds of the way. But it also has no carbon footprint, powering itself up by laying out in the sunlight for 12 hours. Or, if you have an electrical outlet nearby, you can plug it into the wall to charge it much faster.

In addition, doubling as a portable LED light, the Power+ can shine up to 150 hours on a single charge, which is great for people living in remote areas with access to little or no electricity, like Syria and Haiti, where WakaWaka has donated thousands of its products in recent years.

Keys? Check. Phone? Check. Wallet? Check. When you’re on your way out the door, you always check to make sure you have everything, but few people typically pack up an extra charge. Luce is a small wallet comes with a 3,050 mAh battery stitched into it, so there’s one less thing for you to remember (or forget).

Small enough to fit in a rear pocket but large enough to fully charge almost every current smartphone, the Luce charges up with a thin micro-USB cable, so it doesn’t add unnecessary heft. Coming in brown oiled leather with orange stitching or black calfskin with green accents, there’s a Luce wallet/battery to match any outfit. So, at $99 a piece, it’s not a stretch to buy two. And as a bonus, the battery’s packaging doubles as a valet, so you always know where to find your keys, phone, and wallet/battery.

The Jet Setter: RAVPower FileHub Plus

Packing smart and packing light can be contrasting philosophies, especially when you’re hauling along a big dumb battery. But the RAVPower FileHub Plus is much more than just a hunk of Lithium Ion — it also quadruples as a portable file server, travel Wi-Fi router, and a SD card reader. As a 6,000 mAh portable battery, the FileHub Plus packs enough power to charge the average smartphone twice. But plug a networked ethernet cable into its WAN port, and you suddenly have an instant hot-spot for connecting your various devices to the web.

If you then plug a USB drive or SD card into their respective ports, you have the ability to share files and stream media from the FileHub to your Wi-Fi connected device. That’s a lot of features for just $49 — and that doesn’t even include the amount of space you save by only packing one gadget in your bag.

When it comes to charging on the go, these battery packs should have you covered, but there’s one thing missing: a cable. Nomad, which makes a lot of great portable batteries as well, has the most convenient cord solution going: NomadKey. A tiny, flexible, cord that comes in Micro-USB and Apple Lightning varieties, this must-have costs $25, and can be the difference between a full battery and a paperweight of a handset. Designed to slip on your keychain, you’ll never realize you’re carrying it, but always have it when you need a boost. 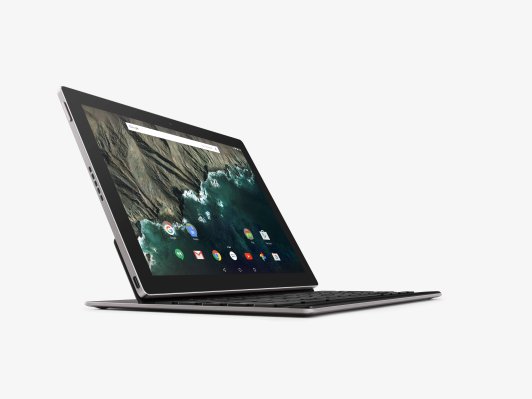 What It's Like to Use the First Tablet Made by Google
Next Up: Editor's Pick