President Bush stands with Islamic leaders during a visit to the Islamic Center of Washington, Sept. 17, 2001, to try to put an end to rising anti-Muslim sentiment in the wake of 9/11.
Doug Mills—AP
Ideas
By Francis Fukuyama
Francis Fukuyama is a senior fellow at Stanford, director of the Center on Democracy, Development and the Rule of Law and the author of The End of History.

In early 1942, two months following the attack on Pearl Harbor, posters went up all over California announcing that “All Persons of Japanese Ancestry” would have to report to government centers and would be subject to immediate incarceration. My grandfather, who immigrated to California in 1907, was forced to sell his small hardware store in downtown Los Angeles at a firesale price within two weeks of the announcement. He, my grandmother, aunts and uncle were then all moved to a relocation center in Colorado where they spent the rest of the war. My father avoided this fate only because some generous people in Nebraska offered him a college scholarship there; my uncle got out of “camp” by volunteering for the U.S. Army and serving in the China-Burma theater. My aunts and uncle were of course U.S. citizens at the time they were hauled away from their homes.

In the 1980s, Congress and the Reagan Administration officially apologized on behalf of the U.S. government to everyone who had been imprisoned, and paid them $20,000 each as partial compensation for the losses they had suffered. This apology came too late for my grandfather, who had by then passed away, never having been able to reestablish his business.

It is this precedent that Donald Trump, Republican candidate for President, has used to justify his proposal to ban all Muslims from entering the United States. Like many things he has said, he has hedged his suggestion somewhat, saying that the Japanese internment might have a reasonable policy because it was endorsed by a great president, Franklin Roosevelt. It is not clear which is worse: that Trump actually knows the history of this event and thinks that it was justified in retrospect, or that he is simply ignorant of American history, yet willing to say something outrageous in hopes that it will win him more media attention.

It is very difficult for democratic societies to deal properly with terrorism. It is fundamentally a weapon of the weak: terrorists shoot up soft targets like cafés and holiday parties because they don’t have the ability to attack military bases or occupy hostile territory. Despite the recent attacks in Paris and San Bernardino, the damage that terrorists do is and has always been minuscule when compared to state-sponsored violence, or even to preventable traffic deaths. The true danger comes from the public’s over-reaction to terrorist attacks, either in the form of foreign policies like George W. Bush’s invasion of Iraq, which destabilized the region and led directly to the rise of ISIS, or through violations of fundamental civil liberties by politicians pandering to popular fears.

Compared to Donald Trump, George W. Bush looks like a paragon of statesmanship. The latter recognized that the vast majority of the world’s more than billion Muslims do not support terrorism or jihad, and that defeating the Islamist radicals required separating them from the Muslim communities in which they operated. This is the basis of U.S. counterinsurgency doctrine, as well as common sense. Trump, by casting an entire religion under suspicion, alienates the very communities whose help is necessary to identify and isolate the unhappy individuals who are attracted to ISIS. Trump needs to constantly escalate his level of outrageousness to stay in the news, and will say things that hurt the national interest in his quest for publicity.

Trump has become popular with many Americans because he is willing to challenge our pervasive political correctness. This is refreshing in a way; it is tiresome to constantly worry about giving unintended offense someone or some group. It is politically correct to regard the Japanese internment as a great injustice, just as it is to condemn any blanket suspicion of Muslims or Islam. But some things are politically correct because they are correct, period. We should want our presidential candidates to be able to distinguish between the two. 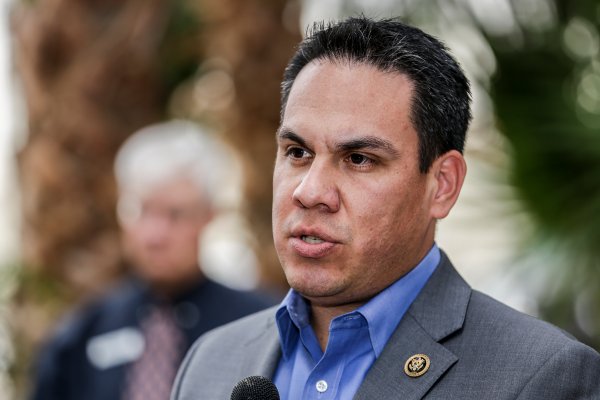 Suspects on No-Fly List Should Be Banned From Guns
Next Up: Editor's Pick