Former Florida Governor Jeb Bush speaks to a group who says they will start a "Millenials for Bush" group in Arizona.
Deanna Dent—REUTERS
By Zeke J Miller

A new survey of young voters finds increasing support for a ground war against the Islamic State of Iraq and Greater Syria (ISIS) after the attacks in Paris, though the vast majority of the same voters say they have no interest in serving in the military.

The semi-annual Harvard Institute of Politics survey of Americans between the ages of 18 and 29 found that before the Paris terrorist attacks, the age group was equally divided over a ground campaign against ISIS, by a margin of 47% to 48%. But after the attacks, 60% backed such an effort, with 40% against.

The survey, which was conducted between October 30 and November 9, also showed a five-point swing in favor of Democrats retaining the White House next fall over a similar survey in the spring, moving from 55-40 for each party, to 56-36. The poll of 18-29 year olds revealed drop-off in GOP support among Hispanics, whom the GOP believe they need in order to regain a national majority.

Donald Trump and Ben Carson sit atop the GOP field for the young voters likely to vote Republican. Across the aisle, Hillary Clinton has seen her support among the age group drop as Bernie Sanders takes top position with the millennial generation. Sanders sees his support stand at 41%, compared to Clinton’s 35%—including a 53-19 lead among college students. The former Secretary of State is down 12 percentage points from the spring.

The poll also reveals frustration with the political process among 18-29 year olds, whose political engagement has dipped from a survey conducted four years ago, falling from 25% to 20%, with fewer in the age group planning to attend rallies, volunteer, or donate to candidates next year. The results also show increased optimism in the nation’s direction and stronger marks for President Barack Obama, who galvanized the generation into a political force four and eight years ago. But the cohort is divided equally over whether they believe the American Dream is alive, with majorities of those backing Trump and Sanders believing it is not.

Before the Paris terrorist attacks, the age group was equally divided over a ground campaign against ISIS, but after the attacks 60% backed such an effort, with 40% against. But the survey found fewer than 20% would be willing to serve in the military.

“For 15 years, the IOP has polled Millennials, the largest generation in U.S. history,” said Harvard Institute of Politics Director Maggie Williams said in a statement. “Our fall poll shows they are deeply divided about who should lead America, focused on candidate integrity and split over whether the American Dream is alive or not.”

The survey of 2,011 was conducted using GfK’s online KnowledgePanel. The margin of error for questions asked of the entire sample was 2.9 percentage points. 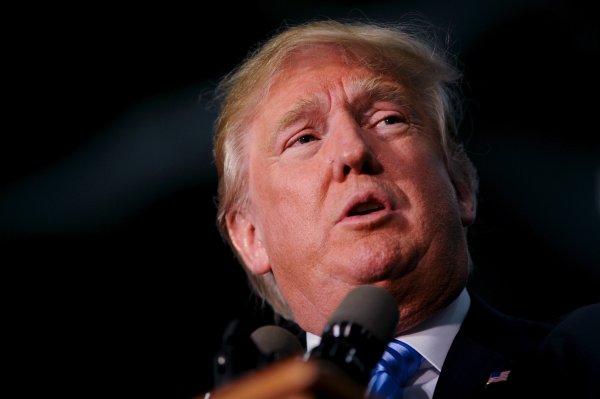 Two-Thirds of Voters Concerned or Frightened of Potential Trump Presidency
Next Up: Editor's Pick