A year after OPEC sent oil markets spiraling out of control, the group may have sparked another round of bearishness for crude.

OPEC failed to agree to a production target on December 4 in Vienna, removing the stated target of 30 million barrels per day (mb/d). It was no secret that member nations collectively produced in excess of 30 mb/d for quite a while, but by removing the target altogether, OPEC sent a signal to oil markets. The decision, or non-decision as the case may be, kills the notion that OPEC will act decisively to boost oil prices.

In response, just as in November 2014, oil prices crashed. On December 7, both WTI and Brent traded down by more than 5 percent. The markets had been holding out a sliver of hope that OPEC would take action in Vienna, but it wasn’t to be.

But OPEC members, mostly driven by state-backed production, won’t reduce their output. OPEC production is not driven by market forces; each individual country produces as much as possible. By failing to agree on a target cut, that trend will continue, if not increase. Iran has cleared just about all of the remaining hurdles to its comeback, and once sanctions are removed in January 2016, it could quickly increase output.

So, just as before, the contraction in supply will have to come from higher-cost production, notably U.S. shale. The financial pressure should increase on shale producers for a few reasons, all of which point to a sharper contraction in the months ahead.

First, oil prices are down even further than they were in the previous months, breaking fresh six-year lows. The lower oil prices go, and the longer they stay at those depths, the harder it will be for production to defy gravity. Depletion at existing wells will increase, and fewer and fewer new wells are coming online to replace the depletion.

Second, hedges will continue to expire, exposing oil producers to the cruel realities of the bear market. Somewhere around one-fifth of U.S. oil production was hedged at $80 to $85 per barrel in 2015. Half of those hedges will expire in 2016, and the hedge price will fall much lower. In one illustrative example of the power of hedging, Bloomberg highlighted in November the Mexican government’s astute decision last year to hedge 228 million barrels at $76.40 per barrel for 2015, bringing it a windfall of nearly $6 billion this year because market prices traded at almost half that price. But it won’t be able to do that again in 2016. A few months ago Mexico was only able to lock in 2016 oil at $49 per barrel.

Third, access to finance will only become tighter. Lenders to the energy sector are getting burned – the value of high-yield energy debt has collapsed amid speculation that a wave of defaults could be coming. Lenders were lenient in the most recent round of credit redeterminations, but as the WSJ notes, the “deep losses on bonds from junk-rated U.S. energy and mining firms are rattling even seasoned investors.”

Fourth, the “fracklog” – the backlog of drilled but uncompleted wells – will begin to be worked through. Companies deferring completions with the hope of an oil price rebound have been disappointed. Whether due to regulatory rules that have time limits on completions, or the financial vice of low oil prices squeezing indebted drillers, many companies will have no other choice but to finish their unfinished wells. The net result could be some fresh production that slows the decline of U.S. shale. The fracklog could add an additional 200,000 barrels per daynext year. If that occurs, oil prices will stay even lower for even longer.

In reality, though, the contraction is already underway. The modest decline in overall U.S. oil production is masked by the fact that several offshore projects that were planned years ago are coming online. Offshore production in the Gulf of Mexico nearly hit 1.7 mb/d in September, a jump of about 300,000 barrels per day from a year earlier. More gains are expected in the coming year. The output increases from offshore cloud the closely-watched production numbers coming out of the EIA, but the fact is that onshore, just about every oil-producing region has flat-lined or is in decline. The offshore sector is preventing prices from rebounding by adding more barrels to the already over-supplied market, a move that could ultimately have the effect of forcing a deeper contraction from U.S. shale.

Although 2015 is shaping up to be one of the worst years for the energy sector in recent history, the outlook for next year, at this point, does not look much better. 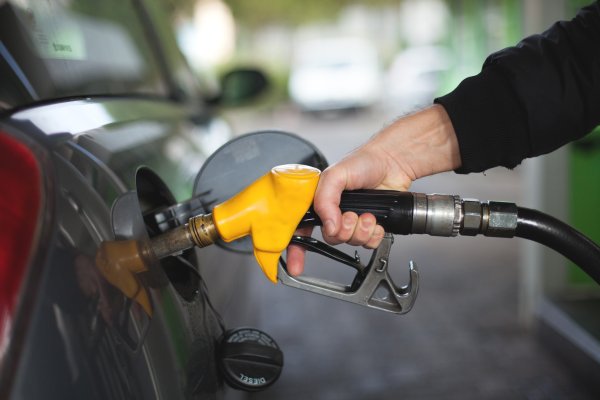 This Group Is Experiencing the Worst Hit From Low Oil Prices
Next Up: Editor's Pick