Hoping to get more familiar with TIME’s 2015 Person of the Year, Angela Merkel? Well, here’s one crucial thing to know about her: she occasionally appears on Saturday Night Live, played by the brilliant Kate McKinnon.

McKinnon introduced her impression — which is hilarious and over-the-top but still sort of believable — two years ago in an appearance on the “Weekend Update” segment. She has returned just a few times since then, but we’re hoping she’ll be invited back soon to discuss her new status as Person of the Year.

Watch clips of McKinnon’s impressions below.

In November, 2013, ‘Merkel’ shared her deepest, darkest fears about the NSA’s wiretapping. Would Obama somehow see her embarrassing texts to her ex? Or worse — would the entire world learn that she’d been Googling things like ‘Angela Merkel lame,’ ‘Angela Merkel boxy’ and ‘Is toe hair normal?’

On Putin and diplomacy

In April, 2014, Merkel returned to the Weekend Update desk, where she discussed how stressful her job can be. “Once again, everything has fallen to me. It’s always, ‘Angela, make peace with Russia. Angela, lend Greece 5 billion dollars. Angela, hold Spain’s hair back while it pukes.”

On the G-20 Summit and her crush on Barack Obama

In November, 2014, Merkel complained about Putin, gushed about Obama and then let loose with some fun dance moves and inappropriate remarks. 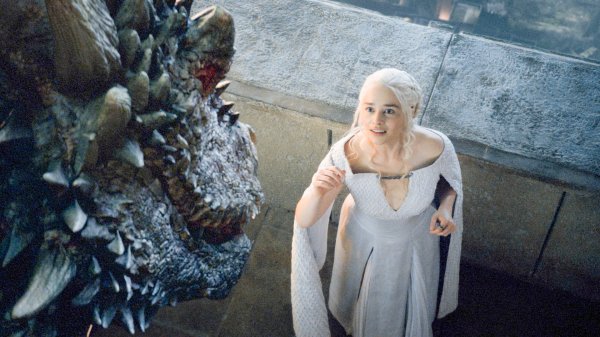 These Are the Most Talked About TV Shows on Facebook
Next Up: Editor's Pick