The Screen Actors Guild Award nominations were announced Wednesday morning, with a slew of nominees whose names have been much bandied about in the pre-Oscar chatter: Saoirse Ronan for Brooklyn, Brie Larson for Room, Leonardo DiCaprio for The Revenant and Michael Fassbender for Steve Jobs. On the TV side, Emmy winners Viola Davis, Uzo Aduba, Jon Hamm and Jeffrey Tambor got love from the guild as well. But along with the expected fare were some unexpected absences.

Let’s start with the most conspicuous among them: Cookie Lyon, Taraji P. Henson’s scheming, leopard-print-wearing empress of Lee Daniel’s Empire, is perhaps the most beloved character on television today, yet there was no nomination for Henson. It’s scary to imagine the wrath that would inspire in the character herself.

On the film side, the casts of David O. Russell’s highly-anticipated Joy (which includes Jennifer Lawrence, Bradley Cooper and Robert De Niro) and Ryan Coogler’s Creed (including Michael B. Jordan and Sylvester Stallone) received nary a nod from SAG. Charlotte Rampling, who won a Los Angeles Film Critics Association award for 45 Years, and Matt Damon, who has shown up on many Oscar shortlists for The Martian, were also nowhere to be seen.

But SAG voters this year weren’t just about betraying Cookie lovers and J-Law fangirls—they also had a few surprises up their sleeves. On the movie front, Straight Outta Compton was recognized for the performance of its entire cast, despite the lack of recognition for any one of its actors in awards-season chatter thus far. Sarah Silverman, whose dramatic turn as a substance-abusing, depressed housewife in I Smile Back was more warmly received than the film itself, was another less expected contender for Best Actress. The same goes for Bryan Cranston, whose role as the title character in Trumbo seems to have made more of a splash than the film did.

Back to the small screen, Rami Malek’s nomination for Mr. Robot comes as a welcome surprise to those who have praised both the actor and the show as among this year’s TV breakouts. Ellie Kemper’s sunny Kimmy Schmidt earned her a nod for actor in a comedy series, even if her costar Tituss Burgess was disappointingly overlooked (though it’s nothing that can’t be forgotten with an oversized glass of Peeno Noir).

For those folks disappointed by today’s nominations, tomorrow’s announcement of Golden Globe nominations offers an opportunity for vindication—or yet another chance for disappointment. 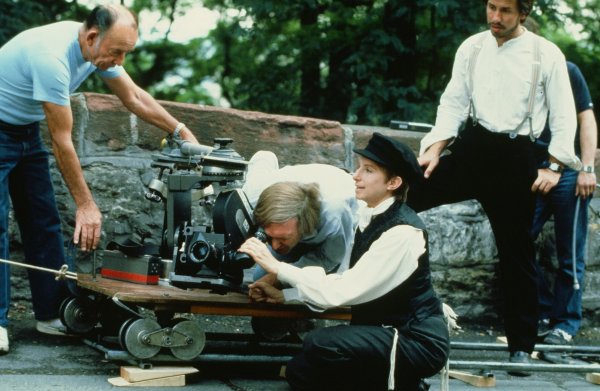