In the New World of Work, Is Uber the Villain or a Hero?

TIME’s Person of the Year issue explores the people who have had the most influence on global events and the news in any given year. This year, there’s no question that Travis Kalanick, the CEO and founder of Uber, has had the biggest impact on the key economic question of the day: what will our rapidly changing labor market look like in the years ahead?

In an exclusive interview with Kalanick, the 39-year-old CEO made it clear he thinks Uber’s on-demand technology—which has already transformed the transportation business and may transform many others such as real estate—could be empowering for workers everywhere. “Go to anybody who is an employee somewhere else and ask them if they’d like to set their hours versus having shifts,” says Kalanick. “I just don’t know anybody who wouldn’t want to have control over their time.”

The question is how much control on-demand workers really have, and what they give up for it. It’s an issue that has been raised by politicians like Senator Mark Warner, who is calling for more worker protection in the on-demand economy, as well as presidential candidates such as Hillary Clinton. Today, the AFL-CIO raised the stakes in the growing battle about worker rights by announcing a new set of principals that it would like to see firms like Uber, TaskRabbit, and others that are outsourcing and assigning work via on-demand technology follow.

One of the key points raised by the AFL-CIO is that the on-demand economy must ensure racial and gender parity. That’s a big issue for Silicon Valley firms in general: does their culture really embrace anyone aside from young male engineers willing to work 24/7? Kalanick didn’t help Uber’s reputation on that score with his 2014 line in GQ magazine about how his sky-rocking wealth had produced women on demand. “We call that boob-er,” he quipped unfortunately. To be fair, the number of high-powered women employed by his company—many of them with children—seem to indicate he’s not a misogynist or someone who can’t embrace diversity, but rather a guy whose wealth and success grew faster than his PR savvy.

Another point the AFL-CIO makes is that the on-demand economy adds even more impetus for mobile benefits—health care and pensions that can travel with workers, who may increasingly be working for multiple firms, or moving in and out of full-time work with a single employer. Interestingly, Kalanick is a fan of Obamacare for that very reason. “Benefits that move with people, regardless of where they work, is a very empowering thing.”

The question of course is who will pay for all that, government, the private sector, or some combination of the two. David Plouffe, the man who helped Barack Obama reach the White House before running communications and political work for Uber, says, “That’s a discussion we want to have, and will be having.” It can’t come soon enough. Uber plays to people’s hopes about the future of labor. Most Millennials say they want to be their own boss, and any Uber driver will tell you that having totally flexible hours is the best part of the gig.

But the company also captures all the fear of the broken social compact in America. Uber drivers can turn on their app and work at will. But they also get no pensions, no health care, no worker rights protection, and are at the mercy of metrics, constantly graded by stars (as are riders), eating only what they kill each day. “You’ve got a labor market that looks increasingly like a feudal agricultural hiring fair in which the lord shows up and says, ‘I’ll take you, and you, and you today,’” says Adair Turner, the chairman of the Institute for New Economic Thinking, one of the many nonprofits studying the effects of the on-demand economy.

That’s not a paradigm anyone wants to go back to. 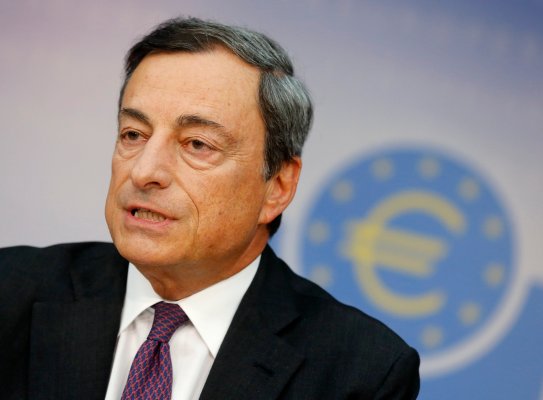 Europe Could Derail America's Economic Recovery
Next Up: Editor's Pick