Roald Dahl’s books have gotten the Wes Anderson treatment, the Tim Burton treatment (twice) and even the Danny DeVito treatment. Now, with the author’s 1982 novel The BFG, they are getting the Spielberg treatment.

The first teaser trailer for the Steven Spielberg-directed adaptation arrived Wednesday morning, introducing newcomer Ruby Barnhill as the film’s protagonist, a bespectacled young orphan named Sophie. Sophie finds herself awake at the witching hour, and though she knows she should “never get out of bed, never go to the window, never look behind the curtain,” she does, of course, all three.

The trailer offers just a glimpse of Mark Rylance as the BFG. It’s enough to scare the bejeezus out of our nightgowned heroine. But don’t worry, Sophie. The “F” stands for “friendly.” 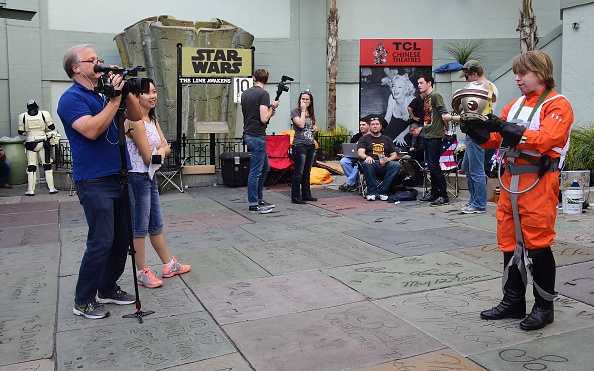 These Star Wars Fans Are Already Lining Up For the New Movie
Next Up: Editor's Pick