Behind TIME's Person of the Year Cover

At TIME we have always enjoyed the challenge of creating compelling cover portraits. Over the years, we’ve commissioned artists from Marc Chagall to Roy Lichtenstein to Andy Warhol; for this Person of the Year, creative director D.W. Pine reached out to Colin Davidson to make an oil painting of German Chancellor Angela Merkel. “For me, it’s about the eyes,” D.W. says. “The realistic detail of his subjects’ eyes draws the viewer in closer to fully appreciate the sculptural use of his bold brushstrokes.” Davidson lives and works near Belfast; since 2010 his focus has been on grand-scale portraits, which have won many international awards. “I have become increasingly preoccupied, not with a sitter’s celebrity but more with their status as a human being,” says Davidson. “Although likeness is vital in my practice, it is my hope that a sense of the German Chancellor’s dignity, compassion and humanity is woven into the paint.”

We choose as Person of the Year the individual who has had the greatest influence, for better or worse, on the world and the news each year. The process invariably inspires a lively debate. While on occasion we have named groups, such as last year’s Ebola Fighters, and even objects (the Computer in 1982), we have not named an individual woman since Philippine President Corazon Aquino in 1986. “The label of Person of the Year tends to favor people with institutional power,” notes deputy managing editor Radhika Jones, who oversaw this issue. “In that sense, we’re not breaking with tradition. It’s a lot easier to make news from an address like the White House or the Vatican — or in this case, the Chancellery.”

I was reminded of the rich history of Person of the Year when I had dinner last summer with Ambassador Ken Adelman and saw his collection of signed covers. It includes Martin Luther King Jr., Ronald Reagan, Nelson Mandela and Vladimir Putin. He does not, however, have Queen Elizabeth II (1952); he was informed that the Queen only signs official documents. 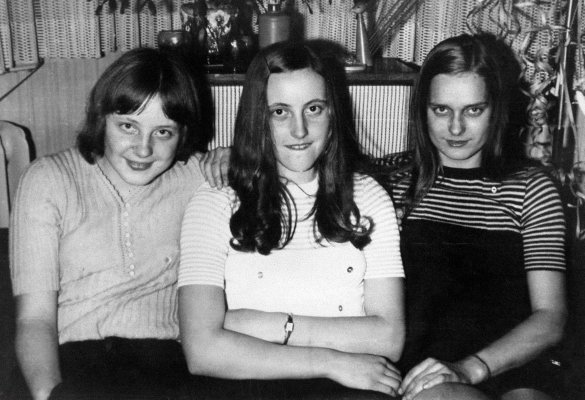 See Vintage Photos of a Young Angela Merkel
Next Up: Editor's Pick