According to a recent CNN/ORC poll, many white evangelical Christians in the early primary states support Donald Trump. That’s surprising. Trump’s call Monday to bar all Muslims from entering the U.S. is perhaps the biggest act of religious bigotry in modern presidential politics.

Such a proposal is a total affront to the gospel of Jesus Christ. It’s stunning that Trump would ask the American people to punish Muslim refugee families for the sins of ISIS. It’s even more stunning that such positions have traction with the American electorate.

As we come upon Christmas, the business mogul turned presidential candidate has become the modern-day Bethlehem hotel owner saying there is “no room at the inn.” That’s not right, and Christians should no longer support him. We are called by our faith to stand up and say that Trump’s proposal is bigoted. This isn’t who we are. And this isn’t what we stand for.

We must counter Trump’s statements about Muslims and immigrants that sow division and hatred in our nation with the truth revealed to us by the life, death and resurrection of Jesus Christ: that every human being is made in the image and likeness of God. Every person has the right to a dignified life, a home and a future. We must say it again and again so that a saint’s old adage still rings true today: the truth suffers, but never dies.

Christians must work against Trump and ensure Muslims are welcomed in the U.S., because as Pope Francis recently reminded us, they are our brothers and sisters.

The value stakes in 2016 are critical, and Christians must remember the witness of German pastor and former Nazi supporter Martin Niemöller:

Trump’s xenophobic politics aren’t new. But the American people haven’t seen anything quite like this in mainstream presidential politics for some time. Two examples in the past century are George Wallace’s 1968 bid that was rooted in restoration of the Jim Crow-era laws and Herbert Hoover’s 1924 campaign where preachers in the South roused up anti-Catholic sentiments against Al Smith, the first Roman Catholic presidential candidate ever nominated by a major party.

Tuesday morning, Pope Francis opened the Holy Door at St. Peter’s Basilica in Rome to mark the beginning of the Jubilee Year of Mercy. A rare event in Church history, jubilee years are dedicated to reconciling the faith community to God and to each other.

Jesuit priest James Keenan says that mercy is the willingness to enter into the chaos of another person’s life. “A little bit of mercy make the world more just and less cold,” Pope Francis says. I hope mercy will emerge as one of the defining characteristics of the 2016 presidential campaign.

During this year dedicated to God’s loving kindness, the American people can take Pope Francis’s advice and build bridges, or heed the advice of Donald Trump and build walls. If Francis is right, all walls eventually crumble. 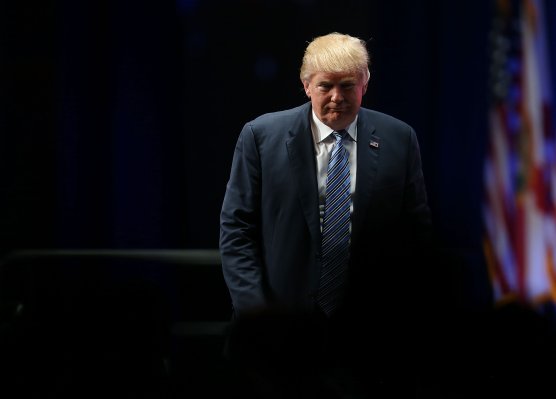