Some Muslim Americans say they’re living in fear after Donald Trump’s incendiary call to block all Muslims from entering the U.S. — and are astounded that the plan has support from some of his followers.

“I don’t really feel safe. I’ve had people scream racial slurs at me on the street,” Mariam Nawas, a Muslim medical resident from San Francisco told TIME on Tuesday. “It’s the election cycle, but even if these [candidates] don’t go on to be our President, they’re still causing damage that can’t be undone. It’s harmful for us. The backlash is very real to us.”

She joined a chorus of Muslim Americans who have condemned Trump for his plan to bar Muslims from entering the country until officials “can figure out what the hell is going on.” The anti-Muslim backlash hasn’t just come from Trump — some Muslims feel that their entire faith is being blamed for recent attacks by extremists in Paris and San Bernardino, Calif.

Nawas, 26, said she was riding her bicycle home from work recently when a car pulled up next to her and pointed out her backpack.

“They said, ‘Hey, I hope you don’t have a bomb in there,’” said Nawas, who wears a hijab. “Every time, you’re just in shock. It’s hurtful. It’s a very easy target on our back. We feel a lot of fear.”

“This guy is hijacking America from the Americans,” said Dr. Faheem Younus, 44. “This is scary to me to see it in front of my eyes.”

Younus, an infectious-disease specialist in Baltimore, Md., blasted Trump for his “divisive” ban that would apply to immigrants, visitors, and even Muslim-American citizens returning to the country.

“This is not what America stands for,” said Younus, who grew up in Pakistan. “How can you ban all Muslims from coming to America? I came to this country in 1996, and what bad have I done? We’re better than that.”

Younus said he was at a parent-teacher conference during the Nov. 13 terrorist attacks in Paris. He learned about the deadly coordinated ISIS assaults on social media moments before he and his daughter joined the rest of the class in reciting the Pledge of Allegiance.

“That gives me fear about this beautiful country,” he added. “This is precursor to the Third World War.”

Trump doubled down on his idea Tuesday, saying the ban is warranted after last week’s shooting in San Bernardino that killed 14. White House press secretary Josh Earnest called the idea “morally reprehensible” while House Speaker Paul Ryan said it is “not conservatism” and “not what this country stands for.”

But the damage has already been done, some Muslim Americans say.

“It’s extremely painful as a loyal U.S. citizen and a Muslim,” said Tayyib Rashid, a former Marine who lives in Chicago. “This type of rhetoric is hateful, it’s bigoted and it’s extremely dangerous.”

Many in the community are working to reverse the damage, said Rashid, a 38-year-old who served the U.S. from 1997 to 2002. Rashid is a member of the Ahmadiyya Muslim community, an Islamic sect that was founded in 1889.

The global Islamic organization plans to launch a massive worldwide campaign next week to show the “truth” about Islam as a peaceful religion, according to Rashid.

“We’re screaming at the top of our lungs that we condemn terrorism and we need allies,” he said. “We’ll fight side by side with you. We’ll bleed with you to stop terrorism.” 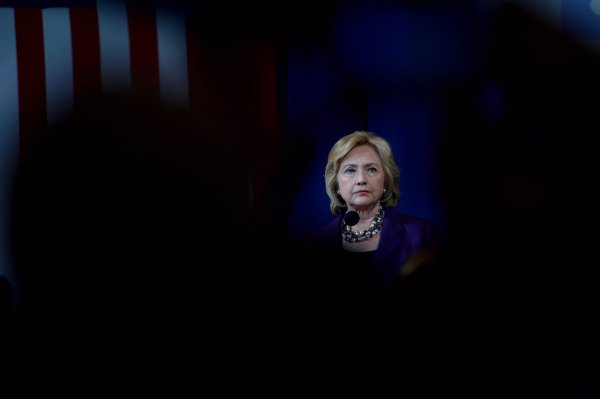