It’s really happening: Dirty Dancing is getting a remake.

Plus, we can report who has landed the female lead: Abigail Breslin (Scream Queens, Little Miss Sunshine) is the new “Baby,” described an “an innocent young woman in the early 1960’s who vacations with her affluent parents and siblings in the Catskill Mountains and falls for the resort’s working-class dance instructor.”

Executive producers include Allison Shearmur (The Hunger Games) and Eleanor Bergstein, who also wrote the screenplay for the original movie. Jessica Sharzer (The L Word) will write the adaptation and Wayne Blair (The Sapphires) will direct. Also, the music will be done by Adam Anders and Peer Astrom (Glee) with Andy Blankenbuehler (Hamilton) as choreographer.

The move comes on the heels of NBC’s musical presentation of The Wiz Live delivering 11.5 million and a strong 3.4 rating among adults 18-49.

The appeal of the original Dirty Dancing has been challenging to re-capture in the past. There was the infamous 2004 sequel Dirty Dancing: Havana Nights, plus a short-lived 1988 TV series starring Patrick Cassidy and Melora Hardin. There is a stage musical version as well.

Fox and NBC have heavily invested in musical titles the past few years. Given ABC’s Dancing with the Stars franchise, Dirty Dancing is perhaps an ideal title for the network to produce its own show that has a performance aspect. One major difference is that Dirty Dancing isn’t a live production like Peter Pan Live or Fox’s upcoming Grease Live. Fox’s upcoming Rocky Horror remake is also taking that same route of trying to see how a musical performs without the live component. 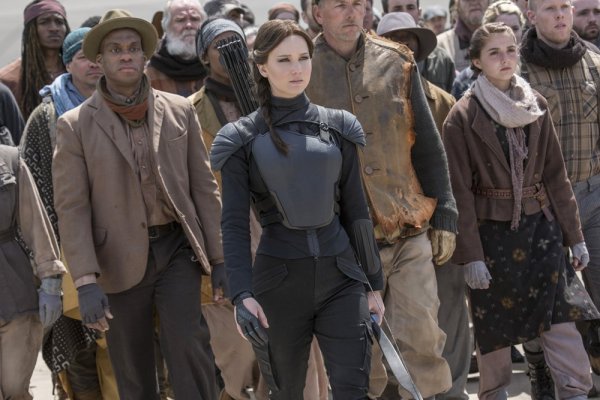 Lionsgate Says Hunger Games Isn't Over
Next Up: Editor's Pick