As with so much else in his presidential campaign, Donald Trump has a lot of confidence in polls—and his ability to read them. He might want to reconsider that skill.

The latest dustup began Monday, when Trump pointed to poll results among Muslims as justification to ban their immigration to the U.S. The polling organization he cited, the respected Pew Research Center, was left confused about which study the billionaire was citing. Trump then pointed to another poll, which is hardly scientific and was run by a group with a decidedly provocative history.

No matter for Trump, who leads the polls in the race for the Republican presidential nomination. Polls, after all, have been at the heart of the Trump candidacy. And that’s the problem with Trump and his obsession with polls whether they’re scientifically sound or predictive: For him, anything with a percentage sign after it is gospel.

Even as cable news personalities, religious leaders, and those in his party were condemning him for his proposals about Muslims, Trump was trumpeting a new CNN poll that showed him up in Iowa. “Just won IOWA,” Trump tweeted.

Polls, of course, are not predictive and have been wildly over-inflated in their importance in this campaign. The television networks decided to use polling as a threshold to qualify for debates, and donors have fretted over them more than the traditional nuts and bolts of campaigns, such as volunteers or supporters in early nominating states. Trump has only increased the focus on the polls, as he has treated them as predictors of his success despite evidence that they’re seldom steady this far out.

Trump has also leaned on polling to formulate his policies, coming up with snappy quotes that live on forever on Twitter and cable news. In announcing his proposal on Muslims coming to the United States, he cited polls: “According to Pew Research, among others, there is great hatred towards Americans by large segments of the Muslim population,” his campaign said in a news release.

The problem? Pew doesn’t actually say that. “Like any religious group, the religious beliefs and practices of Muslims vary depending on many factors, including where in the world they live,” Pew wrote in a blog post about its research on Muslims around the world. Writing about its research on Muslims in America, Pew said “roughly half of U.S. Muslims (48%) say their own religious leaders have not done enough to speak out against Islamic extremists.”

Asked about Trump’s statement, Pew seemed to want the whole mess to go away. “The statement released by Mr. Trump’s campaign does not specify a data point,” Pew Vice President for Global Strategy James Bell said, “so we can’t identify the report that he may be referencing.”

Just as well. Trump was back in the headlines, and that’s where he is his most comfortable. He did a round of morning show interviews—earning more coverage for his outlandish statements and annoying MSNBC’s conservative host Joe Scarborough so much that Scarborough cut to commercial.

Never one to show self-doubt, Trump is doubling down on calls to ban Muslims from entering the United States and hinting—without evidence—that France is considering the same. “I have people that have friends living in Paris,” he told CNN on Tuesday. Told by anchor Chris Cuomo that he was wrong, Trump merely moved on. “Let’s see. Maybe they’re going to have to. Maybe they’re going to have to do something.”

But this is the strength of Trump: He repeats what he believes he has been told, and repeats it louder when confronted. It’s why he continues to lean on polls that don’t say what he thinks they do.

The Trump reliance on polling of Muslim attitudes illustrates the trouble with how Trump is using surveys more broadly. Indeed, it’s so hard to poll Muslim-Americans that few try. The adult population is small to begin with, and response rates are similarly low. To contact a representative sample, it takes weeks or longer; Pew’s landmark 2011 Muslim-American Survey took 100 days, between April 14 and July 22. In short, anyone trying to justify policy positions based on public opinion surveys of Muslims is likely making a decision with faulty information. And those are from groups looking for an objective measure of opinions, not advocacy groups paying for polling to back up their beliefs.

Trump simply does not care. And with fewer than two months until Iowa kicks off the nominating calendar, Trump is betting his brash statements keep him on top of the polls. For him, percentages are predictions. At the moment, he might be proved correct. 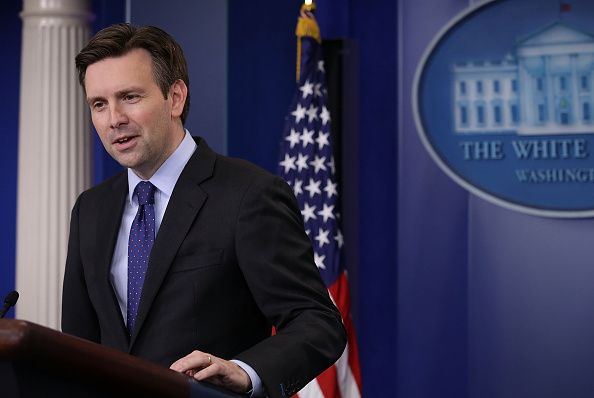