Donald Trump’s statement that he would ban Muslims from entering the U.S. “disqualifies him from serving as president,” White House Press Secretary Josh Earnest said of the Republican candidate during a press briefing on Tuesday.

“What we need to see is a definitive statement from every candidate for the presidency about whether or not Mr. Trump is somebody they should vote for,” he said. “I think their statements about this pledge they have taken to support Mr. Trump will speak volumes, as will the silence” if no one says anything.

Earnest is one of many Obama administration officials who have said divisive rhetoric about the Muslim community harms national security, particularly as the U.S. and other world powers seek to fight ISIS. Homeland Security Secretary Jeh Johnson said Monday that discrimination against Muslims in the U.S. is un-American and threatens the country.

Trump stood by his comments on Tuesday in the face of broad criticism. 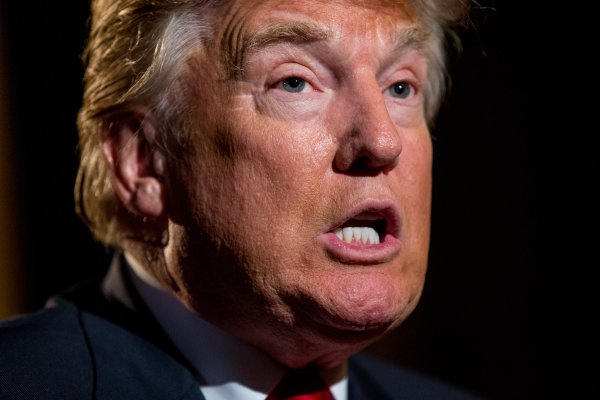 Here's How Donald Trump Says His Muslim Ban Would Work
Next Up: Editor's Pick