On the second night of Hanukkah, the eve of Pope Francis’ Holy Year of Mercy, and the same night that the Catholic archbishop of Indianapolis rejected his governor’s request to stop re-settling a Syrian refugee family, Donald Trump had a religious message of his own: a call for a complete and total ban on Muslims entering the U.S.

Nihad Awad, executive director of the Council on American-Islamic Relations, compared Trump to “the leader of a lynch mob.” Serene Jones, president of Union Theological Seminary in New York City, tweeted: “Message to @realDonaldTrump: Jesus and the Constitution agree. No hate-based, religious discrimination! No discrimination, period.”

The National Latino Evangelical Coalition pushed the hashtag #StopTrumpXenophobia, while Faith in Public Life, a faith strategy group in Washington, started an open letter to Trump asking, “in this holy season that you reflect on your proposals and repudiate those that you have made, that our country may be a beacon of hope and not fear.”

Anthony Evans, president of the National Black Church Initiative, called for Trump to drop out of the race, saying in a statement, “We will oppose him and others through our moral goodness.” Neichelle Guidry, a minister at Trinity United Church of Christ in Chicago, tweeted Tuesday morning, “currently in Ramallah, hearing the call to prayer outside of the window. if only Trump could hear this. hard to hate something so beautiful.”

Russell Moore, president of the Southern Baptist Convention’s Ethics and Religious Liberty Coalition, was quick to point out how Trump’s message guts the efforts of many conservative Christian leaders for religious liberty. “A government that can shut down mosques simply because they are mosques can shut down Bible studies because they are Bible studies,” Moore wrote on his blog shortly after Trump’s announcement. “A government that can close the borders to all Muslims simply on the basis of their religious belief can do the same thing for evangelical Christians. A government that issues ID badges for Muslims simply because they are Muslims can, in the fullness of time, demand the same for Christians because we are Christians. […] We must have security and we must have order. But we must not trade soul freedom for an illusion of winning.”

Jonathan Greenblatt, who leads the Anti-Defamation League, agreed. “The U.S. was founded as a place of refuge for those fleeing religious persecution, and religious pluralism is core to our national identity,” Greenblatt said in a statement. “A plan that singles out Muslims and denies them entry to the U.S. based on their religion is deeply offensive and runs contrary to our nation’s deepest values.” 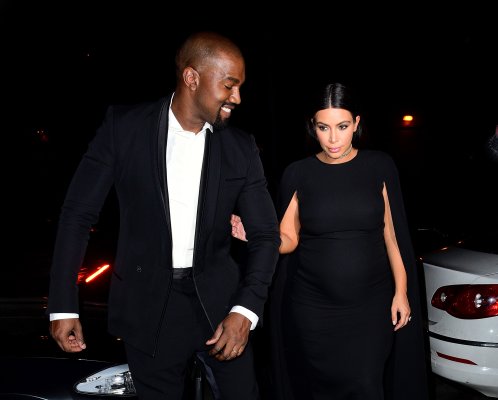 The Long History Behind Kim and Kanye's New Baby's Name
Next Up: Editor's Pick