There’s a sober and scientific way to react to the news that a group of researchers has produced a litter of puppies through in vitro fertilization (IVF), and that is to read the published paper, evaluate the benefits of the work and consider what its future applications could be.

Then there’s the other way, which is closer to: “Ooooh, puppies! I bet they’re so cute!”

OK, so maybe I’m part of that second group, but there’s a lot to be said for the first approach too, as the study—which was just published on the open-access site PLoS One—makes clear. Even in a world in which millions of rescue dogs are in need of homes, canine IVF just might pay surprising dividends, ones that could benefit not just dogs, but human beings too.

Humanity’s love affair with dogs is an ancient bond, going back to our hunter-gatherer days, and the relationship has been a two-way thing. Dogs offer us work, protection and companionship and we pay them in the wages of food, shelter, and longer lives than they would have a chance to live in the wild. But there have been problems too.

For one thing, not all kinds of dogs were welcomed aboard the human gravy train, and some wild breeds, such as the African Painted Dog, now face the threat of extinction. What’s more, the centuries of intensive breeding that have given us such a huge variety of domesticated dogs have also selected for certain diseases and disabilities, with dalmatians being exceedingly susceptible to urinary stones, for example, and golden retrievers having a higher incidence of some kinds of cancer.

Jennifer Nagashima from the College of Veterinary Medicine, Cornell University and Nucharin Songsasen from the Smithsonian Conservation Biology Institute holding puppies from the first litter of dogs born by in vitro fertilization.
Jeffrey MacMillan

Both the disease and extinction problems could be fixed, says Cornell University veterinarian Alex Travis, the leader of the new study, via in vitro fertilization. Threatened breeds could be protected by producing and freezing embryos for future implantation, while popular breeds could be genetically manipulated to edit out health problems.

“You could fix the genome in advance and prevent the diseases before they ever get started,” Travis says.

That’s the theory anyway, but IVF in dogs is no easier than it is in humans—and in some ways it’s a fair bit harder. Tracking female dogs through their ovulation cycles and sampling blood for hormone levels to determine when eggs are ready to be extracted is straightforward enough.

But the ova are released at a very immature stage and must linger in the fallopian tubes for days, making harvesting enough mature ones via needle aspiration—the way the procedure is done in humans—nearly impossible. Instead, the dogs are spayed at the peak of their cycle and their oviducts flushed for developed eggs.

That, fairly enough, gives animal lovers pause. The dogs hardly consented to the procedure after all and any surgery carries risks. But Travis insists that his lab finds homes for all of the animals used in the work, and spaying or neutering is routine in the case of rescue animals. “When we spay the female we’re preparing her for adoption too,” he says.

Puppies from the first litter of dogs born by in vitro fertilization.
Jeffrey MacMillan

As with human IVF, harvesting sperm is a good deal easier than harvesting eggs, but there are still hurdles to overcome. Across most mammal species, sperm cells need the environment of the female reproductive tract before they become effective—a process known as capacitation. This both hyperactivates the tail and dissolves a rigid cholesterol cap on the head of the sperm, a structure Travis calls “a little helmet.”

When conception takes place in a dish, the chemistry of the female system has to be duplicated artificially, a step that has stymied researchers before. Travis’ team succeeded with a magnesium-rich formula that readies sperm for their work in as little as four hours.

Ultimately the Cornell researchers produced 19 viable embryos from different combinations of parent dogs and implanted them in a female dog that was not the genetic parent of any of potential pups. Seven of the embryos successfully attached and all of them—three females and four males—came to term, with their signature puppiness in place and no signs, at least so far, of their unusual beginnings.

Travis is now refining the new procedure, but at the same time, he and other investigators are looking at human applications for the canine work. Dogs are susceptible to 360 different inherited conditions that have analogues in human beings. The more science learns about editing these ills out of the canine genome, the more that knowledge can be applied to human conditions. Already, investigators have developed a way to use a repair gene to eliminate a form of inherited blindness in dogs. They are now developing ways to ferry a similar genetic patch—aboard a benign virus—into adult humans or even babies in utero who suffer from a related condition.

None of this means the Cornell work won’t be controversial. One of the upsides for dogs in their relationships with humans is that we don’t like the idea of using our closest cross-species friends as lab subjects. On the other hand, we’ve been running a slow-motion breeding experiment on all dogs for thousands of years anyway. Travis’s work may simply help repair some of the damage we’ve done. 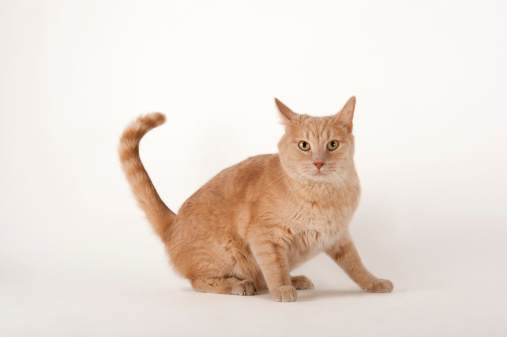 Watch This Cat Tackle an Unsuspecting Child to the Ground
Next Up: Editor's Pick