A man passes by national flags at a polling station during Venezuela's legislative election in Caracas on Dec. 6, 2015.
Luis Robayo—AFP/Getty Images
By Nick Cunningham / Oilprice.com

The Venezuelan government suffered a huge electoral loss on December 6. The opposition won a majority of seats in the parliament, a striking blow to Venezuelan President Nicolas Maduro.

Maduro’s ruling party lost its majority for the first time in sixteen years. The result can largely be chalked up to the collapse in crude oil prices, which has shattered the economy, drained government coffers, and left the country’s currency in tatters.

Despite the crisis, OPEC declined to throw Venezuela a lifeline on December 4, and not for a lack of trying on behalf of the Venezuelan delegation. The South American nation pleaded its case with its fellow OPEC members, calling for a lowering of the collective output target by five percent. But largely due to the uncertainty over how much extra production is set to come back from Iran, OPEC failed to agree on a production target.

Without a quick fix in oil prices, the only option left for Venezuela is the tougher task of addressing the problems within its own domestic oil sector. Admittedly, this won’t reap benefits in the short-term, but Venezuela consistently underperformed even before the collapse in oil prices, so there is no time like the present to begin addressing the problems at the state-owned PDVSA.

There is a lot to work with. Venezuela has the world’s largest proven oil reserves — its 298 billion barrels exceed even Saudi Arabia’s reserves (268 billion barrels). It has large but mature and declining conventional production in the Maracaibo Basin in the northwest. It also has massive deposits of heavy bitumen in the Orinoco Belt.

But these resources have been well known for quite some time and PDVSA failed to invest in boosting production during the years of high commodity prices. The state-owned firm has seen production fall by 800,000 barrels per day since 1998, as the lack of investment in new output has been decidedly swamped by the depleting production from existing fields.

The problem for Venezuela was compounded by the fact that net oil exports fell by even more, as noted in a September 2015 report from Columbia University’s Center on Global Energy Policy. This is a consequence of heavy subsidies, which cuts into exports in two ways. First, Venezuela has some of the cheapest gasoline in the world. Motorists can fill up their vehicles for a few cents per gallon. The high levels of domestic consumption result in less oil left over for export. A second way subsidies reduce oil exports is through smuggling. Subsidized oil opens up a relatively easy arbitrage opportunity for smugglers, who take oil to Colombia and sell at a higher price. So while Venezuela’s oil production has fallen by 800,000 barrels per day since 1998, net oil exports have dropped off by 1.1 million barrels per day over the same time period. To make matters worse, lower cost conventional output is being replaced by much higher cost heavy oil production.

There are a few more trends that have plagued Venezuela’s energy sector. The former President Hugo Chavez sacked thousands of experienced oil workers in 2002, replacing them with political operatives that drained the company of some of its technical proficiency. Perhaps more importantly, the political program of the Chavista government, both domestically and abroad have reduced resources that PDVSA had on hand to invest in new sources of production. The government used revenues to spend on social programs. Abroad, the government sent low cost oil to allies in the region.

The dire financial situation that Venezuela now finds itself in is forcing a rethink in the government’s approach, the Columbia University report concluded. Subsidized oil to Latin American and Caribbean countries is being cut. The government also tweaked regulatory rules in recent years to attract more investment, giving a bit more control to foreign companies. International investment did indeed tick up over the last few years. Finally, although no changes have occurred yet, there is a growing public discussion over reducing subsidies at the pump.

Nevertheless, these reforms are only nipping around the edges of the problem. PDVSA could have a cash flow deficit of between $12 and $20 billion this year. Venezuela’s economy has become more dependent on oil exports at a time when volumes are declining and prices have collapsed. GDP is expected to shrink by 10 percent, and foreign exchange is drying up.

The massive oil reserves in Venezuela are only matched in size by the country’s problems. It is no wonder that the government is seeing its political support quickly evaporating. 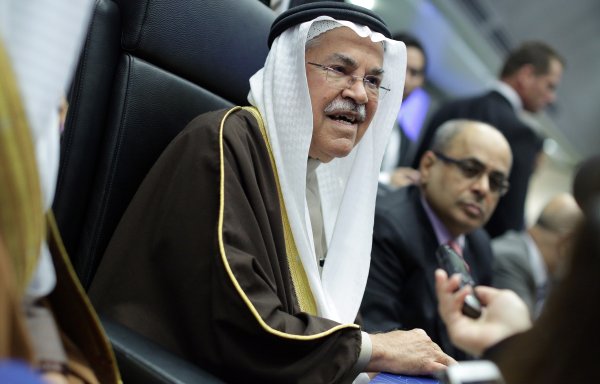 OPEC’s Middle Finger to the Oil Markets
Next Up: Editor's Pick