Stephen Colbert was off from Late Show last week, so he took the opportunity on Monday night to address the deadly attack in San Bernardino.

Addressing the idea put forth by the New York Daily News and others that public figures offering their “thoughts and prayers” is meaningless, Colbert said, “I’d just like to defend thoughts and prayers as someone who occasionally thinks and prays.” He went on to criticize the way officials react differently when shootings are determined to be terrorist attacks, arguing for some middle ground between doing nothing and practically going to war. Instead, he said, maybe tightening gun control would be a better method.

“Why is it so easy to buy bullets,” he asked, “when I have to show three forms of ID to buy Sudafed?” 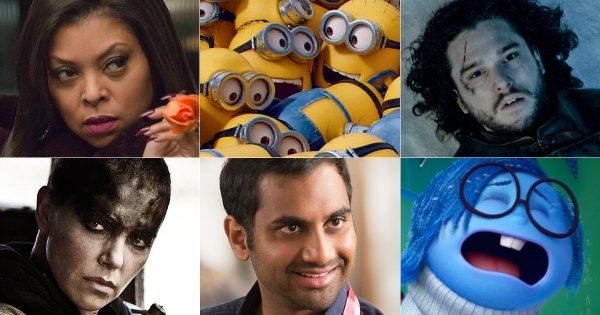 The 16 Most Influential Fictional Characters of 2015
Next Up: Editor's Pick