When conductor Bob McDonough realized the Yale Glee Club was on his train on Friday, he decided to have a go at a different kind of conducting. The group was on a Metro-North train traveling to New Haven, Conn., when McDonough asked them to sing, according to Fox News.

“I’m the conductor, let me conduct,” he says in the video recorded by a club member and posted on Facebook.

They broke into a rendition of “Carol of the Bells” while McDonough waved his arms in delight. The Glee Club also performed for passengers waiting for their trains at Grand Central Station, the conductor said.

See the full video above. 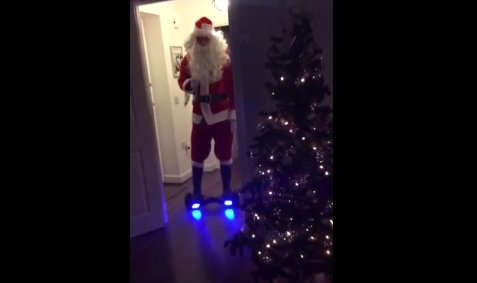 Watch a Santa on a 'Hoverboard' Crash Into a Christmas Tree
Next Up: Editor's Pick