Here's What People in the Middle East Think About Donald Trump

Writers, analysts and officials across the Middle East condemned Republican presidential candidate Donald Trump Tuesday after his demand for all Muslims to be banned from entering the U.S.

The real estate tycoon issued a statement Monday in which he called for “a total and complete shutdown of Muslims entering the United States until our country’s representatives can figure out what is going on.”

The remarks have been broadly denounced in the U.S. and abroad as religious bigotry. But in the Middle East, where the threat to civilians of Jihadist attacks is much greater, there were fears they could fuel the recruiting efforts of extremist groups like ISIS and Al-Qaeda who seek to divide the world into a binary conflict between Muslims and outsiders. ISIS propaganda contains references to prophesy in which Western countries, which they sometimes refer to as the “Romans,” invade the Middle East, triggering an apocalyptic battle at the end of the world.

“The people who will be really happy are ISIS and Al Qaeda, because their apocalyptic vision wants to create a war so that the ‘Romans’ come here and they do the final battle and the end of days comes,” said Rami Khoury, a senior public policy fellow at the American University of Beirut. “So they’ll be pretty pleased, but most people will just take it with a grain of salt.”

Trump’s proposal did register in media across the Middle East, but did not dominate the news as it did in the U.S. Regional governments and members of the public remain preoccupied with crises closer to home, including economic troubles and the civil wars in Syria, Libya, Iraq, and Yemen.

And many believed Trump’s call to be mere grandstanding by a demagogue who holds no official standing in the U.S. government. “This kind of thinking is not logical,” said Mahmoud Abdel Gawad, an advisor to the grand imam of Al-Azhar in Cairo, one of the most influential religious institutions in Sunni Islam. “We know that the reason for these comments is the killing of people in the United States,” he said. “But for example, in Iraq, the Americans have killed thousands and thousands. But Iraq has never said, ‘Americans will never enter.’”

Whether realistic or not, the proposal to bar Muslims from the U.S. raised fears that virulent Islamophobia could increase in the U.S. and elsewhere. “Such comments can also easily transform into incitement against Muslim in and outside the U.S.,” said Fadi Al-Qadi, a human rights expert based in Jordan. “Regardless of Mr. Trump’s chances to advance into the presidential race or not, his comments are constituting a political reality that must keep us all on alert.”

Although the White House was quick to repudiate Trump’s comments, there was concern that the firestorm could complicate an already turbulent relationship between the U.S. and the broader Middle East after years of war and U.S. support for authoritarian governments in the region.

“He’s already a buffoon in a way, so I don’t think people are taking him seriously,” said Wael Eskandar, an Egyptian writer and activist in Cairo. “It will only energize the conspiracy theory that everyone is out to get the Muslim world. It’s not healthy.” 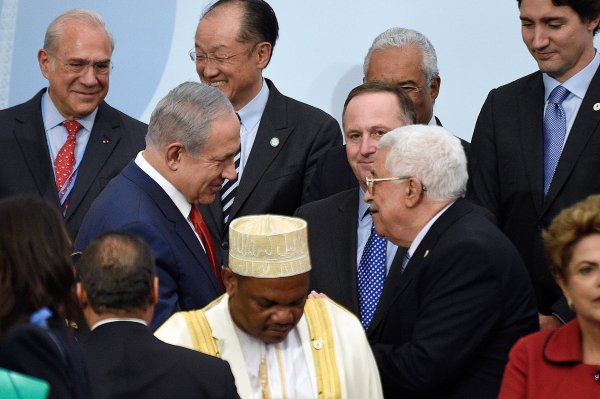