How Dutch Activists Are Fighting a Christmas Blackface Tradition

People line the streets near the pier as Sint Piter, named after the patron saint of fishermen Saint Peter, and Zwarte Piet (or Black Pete) arrive on February 14, 2015 in Grou, Netherlands.
Dean Mouhtaropoulos—Getty Images
By Tara John

Christmas is more than two weeks away but the holiday spirit is already in full swing in cities across Europe. From London to Vienna, the streets are decorated with twinkly lights, shoppers are drinking mulled wine — and in one country, actors in blackface are taking part in a controversial annual pageant.

The celebration of the feast day of Saint Nicholas on Dec. 5, known as Sinterklaas, is the biggest children’s holiday in the Netherlands, one that can even overshadow Christmas. Key among the festivities is a character from from Jan Schenkman’s 1848 children’s book, Saint Nicholas and his Servant — a minstrel-like helper called Zwarte Piet, or Black Pete.

In the days leading up to Sinterklaas, actors playing Saint Nicholas visit towns and cities throughout the Netherlands accompanied by revelers in black face, dressed in servants’ costumes, complete with enlarged red lips and wooly wigs. Although the imagery harks back to a time of overt racism, the holiday is so popular in the Netherlands that annual sales of all Sinterklaas merchandise – including candy, figurines, t-shirts and other products touting images of Black Pete – can reach 515 million euros.

This is particularly problematic as the Netherlands becomes more multi-cultural. People of color, many from former Dutch colonies like Suriname, Morocco and Indonesia, account for a fifth of the country’s population.

Now, just as the Black Lives Matter movement is protesting symbols of inequality in the U.S., activists are challenging the Black Pete tradition with community events, documentaries, and non-violent demonstrations at the annual parades. In 2011, the resistance to Black Pete entered the mainstream when the police violently arrested artists Quinsy Gario and Jerry Afriyie, who are both of African descent, for wearing t-shirts that read ‘Black Pete is Racism’ during a Sinterklaas parade in the Western city of Dordrecht.

Two years later, Gario and others filed a lawsuit against the city of Amsterdam for facilitating activities with racist elements by handing out permits and grants for the annual Sinterklaas parade. Five hundred people showed up to the hearing. “The city council was flabbergasted,” says Gario, who was born in a former Dutch colony in the Caribbean before moving to the Netherlands. The local council sided with them and voted to ban the annual parade in 2013, but their verdict was overturned by the Dutch high court.

Though the protests against Black Pete are non-violent, they have garnered fierce antagonism from authorities struggling with the conflicting demands of the Dutch traditionalists and the activists. At a demonstration in the city of Gouda last year police arrested more than 80 protesters. Anti- Black Pete activists have received death threats, and Gario says he has been advised to get private security because of the vitriol directed at him.

Over the years, Amsterdam’s city officials have suggested changing certain elements of the tradition, such as using different colors other than black face, or doing away with the gold hoop earrings, symbols traditionally associated with slavery (the Netherlands was among the last to abolish the practice in 1863). Some traditionalists have argued the black face is not Pete’s skin, but soot from the chimney he slides down on.

But many see these concessions as inadequate. “They came with a solution of ‘colored Pete’ or ‘chimney Pete’, but ‘chimney Pete’ is an excuse to use black paint,” says Mitchell Esajas, 27, founding member of activist group Kick Out Zwarte Piet. “And ‘colored Pete’ is the racist colonialist symbolism of people of color helping this white rational man.”

One solution, he says, is to replace Black Pete with non-human helpers like Elves or Smurfs. Fellow activist Afriyie, who was arrested in 2011, now holds an alternative children’s Christmastime festival, free of Black Pete.

However the tradition of Black Pete still has support at the highest level of the government. When a report by the United Nations Committee on the Elimination of Racial Discrimination (CERD) said Black Pete was a vestige of slavery and called on the Dutch government to work on getting rid of negative racial stereotypes this year, Dutch Prime Minister Mark Rutte dismissed the recommendation that the figure be changed. “Black Pete, that already says it, he’s black,” he said. “We can’t change much about that.”

The Dutch people seem to agree. A 2013 poll shows that a majority of people in the Netherlands still want Black Pete: 91% said the tradition should not be changed to suit the tastes of a minority and 81% were opposed to changing Pete into another color.

Even so, activists have some reasons to be optimistic. Dutch schools in Rotterdam, The Hague and Utrecht are phasing out Black Pete from their Sinterklaas celebrations. And after years of silence from the political class, Dutch Deputy Prime Minister Lodewijk Asscher took part in a debate touching on the future of Black Pete in August.

Asscher, also minister for social affairs and employment, said in August the country must eventually reinvent the character in a way that respect both those offended by the figure and those who want to preserve a decades-old custom. “Changing an old tradition takes time,” he said.

Most Popular on TIME
1
Heartburn Drugs Linked to Increased COVID-19 Risk
2
Tom Hanks Has a Message to Deliver to People Not Wearing Masks
3
With No End in Sight to the Coronavirus, Some Teachers Are Retiring Rather Than Going Back to School 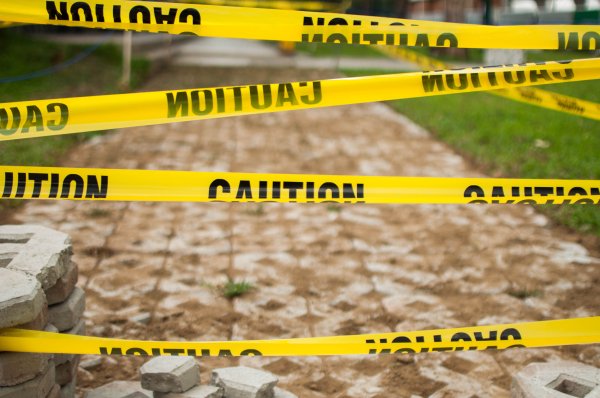