Republican presidential frontrunner Donald Trump told TIME that he does not know whether he would have supported or opposed the internment of Japanese Americans during World War II.

Pressed numerous times during an appearance Monday morning on MSNBC to say whether or not the internment violated American values, Trump refused to respond.

President Ronald Reagan signed legislation in 1988 apologizing to the more than 100,000 people of Japanese ancestry, including many Americans, who were placed in U.S. detention camps during World War II. The law also authorized reparations for survivors of the detention. “The internment of the individuals of Japanese ancestry was caused by racial prejudice, war hysteria and a failure of political leadership,” the legislation read.

Trump called Monday for the United States to ban all Muslims from entering the country as a response to the terrorist attacks in Paris and San Bernardino. “Until we are able to determine and understand this problem and the dangerous threat it poses,” Trump said in a statement, “our country cannot be the victims of horrendous attacks by people that believe only in Jihad, and have no sense of reason or respect for human life.” 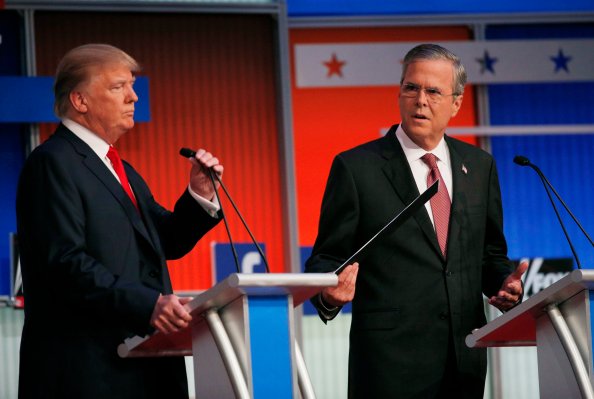