Why 'Identity' Is the Perfect Word of the Year

The biggest news stories of 2015 made us look in the mirror and think about who is “me” and who is “she,” who is “us” and who is “them” — and sometimes, to think twice. That’s why the editors of Dictionary.com chose a word of the year that appears simple but defines the complex shifts in a world that feels less fixed now than it did a year ago: identity.

“Many of the year’s biggest stories focused on the way in which individuals or members of a group are perceived, understood, accepted or shut out,” the editors wrote in a press release announcing their decision on Tuesday morning. Spikes in lookups for words related to racial identity, gender identity and sexual identity, they note, helped secure their choice, as people like former NCAAP chapter president Rachel Dolezal and recently transitioned Caitlyn Jenner dominated the headlines. People learned and fought about the meanings of words like transracial, gender expression and marriage.

There were lots of questions about identity. Can a person be born to white parents but identify as black? When people identify with a gender other than the one they were assigned at birth, which bathroom should they be allowed to use at school? If a government clerk identifies as a Christian, should she have grounds to refuse issuing licenses for same-sex marriages? When is identifying a courageous, progressive act and when is it a misanthropic, prejudicial one?

Though the editors don’t mention violence and war—or the accompanying fear, uncertainty and xenophobia that have come with them in 2015—deadly events also raise questions about our collective identity. When is an immigrant a refugee? When, if ever, is a refugee a potential threat? Who should be allowed to buy a gun? What does it say about who we are as Americans that mass shootings continue to happen here with such tragic regularity?

Oxford Dictionaries went a much more playful route this year and selected an emoji, for the first time, as their “word of the year.” Selections in this annual summing-up season have yet to come from the likes of Merriam Webster and the American Dialect Society, which last year chose the hashtag #blacklivesmatter. That one was a marriage of form (recognizing the increasing currency that hashtags have as tools in the English language) and substance, summing up a year of angst over what it means—and what it should mean—to be black in America.

The word of the year should be about the big picture, not merely an assemblage of letters. And talking about “identity” is a way for us to huddle around the things that have divided us this year, as we continue to seek answers. 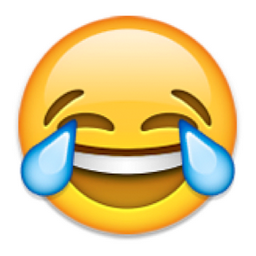 Oxford's 2015 Word of the Year Is This Emoji
Next Up: Editor's Pick