5 Ways to Teach Kids (and Grownups) About Science

Few things make a science teacher happier than hearing a child call an idea weird. If you speak fluent child (and a good science teacher does), weird doesn’t mean what it usually means—odd, off-putting. It means interesting, mystifying and deeply, deeply cool.

Finding stuff weird was how Hakeem Oluseyi realized he was interested in science as a child. He liked dinosaurs, sure, but mostly the bizarre ones. The same was true for his fascination with modern animals, and the same was true too for his interest in space. Any kid can take a shine to planets and moons, but Oluseyi was also drawn to the through-the-looking-glass physics of the cosmos, with its elastic time and its telescoping dimensions.

These days, Oluseyi is an associate professor of physics and space sciences at the Florida Institute of Technology. And while teaching science to college students is his day job, introducing science to younger kids is where he spends his outside-the-classroom energy, hosting the Science Channel’s Outrageous Acts of Science and contributing regularly to Discovery Education. Oluseyi has also just released a book, Spaceopedia, published by Discovery and by Liberty Street (a division of Time Books), that aims to make space, from its most basic to its most sweeping, comprehensible and, more important, irresistible to kids. TIME.com recently chatted with Oluseyi and asked him for his top five ways to teach science to kids and, by extension, to anybody else.

Keep it complex—sort of: One of the biggest mistakes teachers and scientists make is assuming that technical detail is beyond their listeners. To an extent that’s true; it’s fine to describe the way time dilates as objects accelerate, but don’t ask a lay audience to work the equations with you. But that streamlining can easily go too far. “You see teachers and scientists breaking things down to a level that they just become inaccurate,” Ouseyi says. “You want to reach an audience that’s knowledgeable and up to date.” And if the audience is not that way to begin with, it’s the educator’s job to get them there. “That means making things comprehensible, without dumbing them down,” he says.

But keep it simple too: Folksy beats formal and conversational beats technical every time. The best science instructors are the ones who feel the thrill and understand the wonder in what they’re teaching. Even if it’s the ten thousandth time they’ve covered the material, it’s the first time for many of the listeners. Tone, in this case, is everything. “I have an advantage,” says Oluseyi, “and that’s that I’m from rural Mississippi. I don’t have to break things down too much because that’s just the way I talk and that’s my fail safe.” But good pedagogy is hardly just about geography. “If you really understand something you should always be able to explain it,” he says.

R-E-S-P-E-C-T: Established science may be a fixed thing, but the people learning about it come from all kinds of backgrounds with all manner of biases, misconceptions, even fears—especially kids. Spend even a little time listening to the news or simply moving through the world and you could be forgiven for thinking that climate change is a hoax, vaccines are deadly and any moment an errant asteroid is going to wipe us all out. Science teachers get a bellyful of this stuff and can be forgiven for growing impatient with it, but the exasperated educator is an ineffective educator. This is particularly true when it comes to the collision of religion and science. “Faith varies everywhere on the planet,” says Oluseyi, “and all of those differences are fine. But E = MC2 is the same everywhere. I’m always happy to explain that.”

Admit what you don’t know: Two of the most powerful words a science teacher can utter are “beats me,” and there are plenty of questions to which that is a very good answer: Why does the universe exist? How will it end? Will humans ever become extinct? Acknowledging what you don’t know, but explaining what you do, can go a long way toward democratizing science—making it clear that even the teacher lacks some of the answers. That’s important too when it comes to explaining the differences among various branches of science. Math and physics are provable and knowable down to the last decimal point. But other disciplines—paleontology, biology, climatology—involve a lot of prediction and analysis. “Medicine has a margin of error of plus or minus a lifetime,” says Oluseyi. There’s nothing wrong with owning up to that uncertainty.

Go big or go home: Don’t be afraid to push the limits. If kids have stayed with you through one level of complexity, take them to the next. When they’ve learned about the planets, say, give them the moons—and after that the asteroids and the comets and the Kuiper Belt objects. Maybe they’ll quit when you get to the Oort cloud, but you’ll never know if you don’t try. As long as you’re excited about what you’re teaching, you’ve got a fair shot that they’ll be excited too. When they quit asking questions, that’s as good a sign as any that you’ve at last hit the wall. 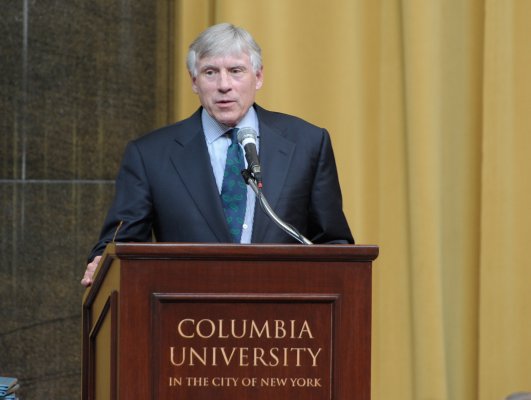 Reversing Affirmative Action Would Send Us Backwards on Race
Next Up: Editor's Pick