The Barbie doll made in Selma director Ava DuVernay’s likeness earlier this year is now available for purchase thanks to demand from fans.

“Tomorrow this #AvaBarbie goes on sale for Christmas because enough folks asked @Mattel to do so. Wild + wonderful,” DuVernay tweeted on Sunday. She added that proceeds from sales of the doll will benefit Color of Change and Witness.org.

The official Barbie Twitter account also confirmed the doll will be available to purchase starting Monday, but did not give details on where to buy or how much the doll would cost.

DuVernay’s look-alike doll was created earlier this year as part of Mattel’s “Shero” campaign, which honored six real-life women and their accomplishments in entertainment (the other women who had dolls created were actresses Emmy Rossum and Kristin Chenoweth, 5-year-old fashion designer Sydney Kaiser, singer Trisha Yearwood, and Eva Chen, then the editor-in-chief of Lucky magazine). Each honoree was given the custom-made doll in their likeness to auction for a charity of their choice.

“I love that the doll is supposed to have locs like my own,” DuVernay told EW via email in April. “I was a big Barbie girl when I was young. My sisters, Jina and Tera, and I would play for hours making up stories and scenarios. We couldn’t afford all the Barbie furniture and cars, so our Barbies drove around in our skates! And we’d cut socks and put a rubber band around the waist and make their dresses. We cut their hair. We put eye shadow on them with a ballpoint pen! It sounds ratchet, but we thought our Barbies were fly back then! So it’s real cool to now have a Barbie in my own image. I never imagined that. …It’s lovely to be honored, especially with a beautiful, Black, filmmakin’ Barbie with locs!” 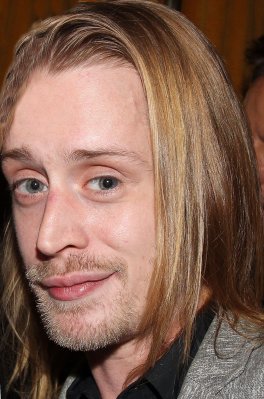 Macaulay Culkin and Bob Saget Hung Out and Took a Selfie
Next Up: Editor's Pick