This Is the True Lesson of Hanukkah

Star of David Hanukkah menorah
Getty Images
Ideas
By Rabbi David Wolpe
Wolpe is the Max Webb Senior Rabbi of Sinai Temple in Los Angeles, the author of eight books and has been named one of the 50 most influential Jews in the world by the Jerusalem Post.

The greatest miracle in the story of Hanukkah, which begins Sunday night, is that more than 2,000 years after the initial event, Jews are still celebrating. That continuity is a sign that the holiday offers a deep lesson that touches all of our lives.

Hanukkah commemorates a battle won, despite astonishing odds, by the Maccabees against the Seleucid monarch Antiochus and those Jews allied with him, who appeared ready to abandon their tradition. But later rabbis, uncomfortable with military-themed celebrations, focused the holiday on the miracle unmentioned in the book of Maccabees—that in the Temple, after it was cleaned out, a cruz of oil that should have lasted one day lasted eight.

At the time of the Maccabees (166BCE) the Temple already stood, of course, although it had been defiled and used as a garbage dump. The Maccabees rededicated it. Very few remember when the Temple was first dedicated (on the Jewish holiday of Sukkot 1 Kings 8:2), but almost all Jews remember when it was rededicated. Hanukkah, the holiday of rededication, teaches us something essential about successful living.

I have known many people—Holocaust survivors, refugees who fled oppression, people plagued with illness and others to whom life has dealt cruel blows. Some of them lost everything and had to begin again. Despite many reasons to despair, in a crucial turn toward the future, resilient spirits choose renewed hope and rededicated themselves to purposeful living. That ‘Hanukkah’ moment is the inspiration we all need. Everyone fails in ways large and small and needs the strength to rise anew.

The marriage that is floundering requires rededication. The student who is failing must rededicate herself. The addict starting each new day of sobriety must rededicate himself. Even the most creative individual must get past the initial excitement of a new project to the daily innovation required to realize that dream. No single vision will suffice; we must see again and again and again.

Hanukkah is a winter holiday. It shines light in the darkest time of year. Each night we add another light, increasing until the entire Hanukkah menorah is illuminated.

The lights have been kindled in millions of homes over thousands of years. It was not always easy: Already in the Talmud there are provisions for lighting secretly in times of persecution. But the Jewish commitment to publicizing the miracle of rededication endured.

The late Rabbi Hugo Gryn was a child in Auschwitz. The holiday of Hanukkah came, and after fashioning a makeshift menorah, his father melted the precious margarine ration to light a wick for the first night. The young Hugo, outraged, protested to his father. How could he use the food which sustained them in the midst of such horror, just to observe the holiday?

Many years later Rabbi Gryn said that at that moment his father spoke words he never forgot. His father said: “My child, we know you can live three days without water. You can live three weeks without food. But you cannot live for three minutes without hope.”

A choice for rededication to what we believe is powerful, even sacred. There are moments when all of us are afraid, when we feel hopeless and alone. Learn the lesson of Hanukkah, the holiday of rededication: No matter how many times you have done it before once again, when you face the dark, light a candle. 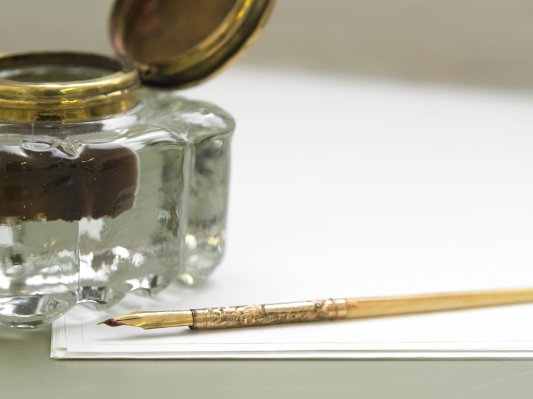 6 Open Letters That Changed the World
Next Up: Editor's Pick