President Obama delivers a statement in the Oval Office at the White House on Dec. 3, 2015 in Washington, DC.
Olivier Douliery—AP
By Zeke J Miller

President Obama will deliver a primetime address to the nation Sunday night on the threat of terrorism, the White House said, following last week’s killing of 14 Americans in San Bernardino and the recent attacks in Paris.

According to White House Press Secretary Josh Earnest, Obama will speak at 8 p.m. Eastern time Sunday “about the steps our government is taking to fulfill his highest priority: keeping the American people safe.”

The address from the Oval Office is a particularly rare move for Obama, highlighting his administration’s efforts to portray itself as seriously engaged on the threat of the Islamic State of Iraq and Greater Syria after the attacks.

Earnest said in a statement Obama would update the country on the investigation into the California attack, which the administration has now branded an act of terror.

“The President will also discuss the broader threat of terrorism, including the nature of the threat, how it has evolved, and how we will defeat it,” Earnest said. “He will reiterate his firm conviction that ISIL will be destroyed and that the United States must draw upon our values – our unwavering commitment to justice, equality and freedom – to prevail over terrorist groups that use violence to advance a destructive ideology.”

In recent months, Obama has come under fire from Republicans and even some Democrats for his struggles to explain the nature of the ISIS threat and the U.S. effort to combat the extremist group. That campaign is being waged in two parts: the on-the-ground and air campaign against ISIS in Syria and Iraq, and on cyberspace and the streets of Western cities as ISIS-inspired radicalism spreads. A series of ill-times statements minimizing the group’s threat have only added to Obama’s problems.

In a press conference in Turkey following the Paris attacks, Obama frustratedly lashed out at partisan critics, maintaining that his strategy against the terrorist group is sound. But Republicans have called for an escalation to the air war, while some have called for the deployment of hundreds or thousands of American troops on the ground to fight the group. Meanwhile, intelligence agencies have struggled to spot cases of homegrown extremism as ISIS has embraced more sophisticated methods of securing its communications.

In the days between the Paris and California attacks, Obama and aides had repeatedly stated there was no credible and specific threat to the homeland—an indication of how the San Bernardino attackers planned their assault out of view of U.S. law enforcement.

Obama has only twice previously addressed the nation live from the Oval Office, to discuss the response to the 2010 Deepwater Horizon oil spill in the Gulf of Mexico, and later that year to mark the end of U.S. combat operations in Iraq. Five years later, about 3,500 American troops have returned to Iraq to advise and assist local forces against ISIS. 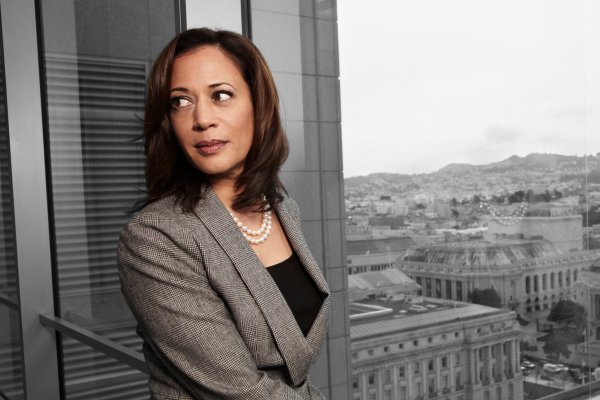