Daisy Ridley had to force herself to resist treating the new Star Wars droid, BB-8, like a child star on the Force Awakens set. During a recent interview, the actress told TIME about how director J.J. Abrams had to remind her that the adorable robot is actually a serious character.

“I had a chat with BB-8, and I remember J.J. saying, ‘He’s not a child’ and obviously the impulse because he’s small and cute is to infantilize. The impulse is to baby talk, but he’s not a child. He’s a droid with a mission,” she says. “But after they created him and puppeted him everyday and they gave him so much life that it didn’t really feel any different to acting with a person. He’s there moving around, he’s making noises, he’s responding to what I’m saying. It really is just like having a conversation.”

In the above video, TIME photographer Marco Grob takes us behind the scenes during a photo shoot with Rey for the latest issue of TIME. 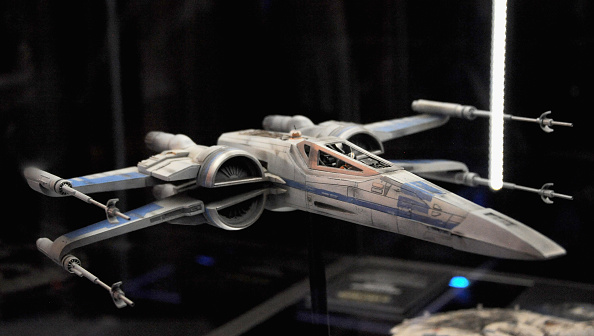 This Moment Shows Why J.J. Abrams Is Directing The Force Awakens
Next Up: Editor's Pick