Make Your iPhone Faster With This One Simple Trick

A Woman checks the iPhone 6, on the day of its launch at the Apple Store Opera on September 19, 2014, in Paris, France.
Chesnot—Getty Images
By John Patrick Pullen

For as long as iPhones have been around, Apple’s company line has been that its mobile operating system, iOS, does an excellent job managing the device’s memory in the background. That means there’s no reason that users should have to quit apps, and those periodic fits that computers throw when they’re overtaxed shouldn’t happen on iPhones or iPads — at least in theory.

But in reality, users know too well that Apple’s mobile devices can melt down, too. It might not happen frequently, due to iOS’s superb application memory management, but it still happens. And until recently, it was believed that the only way to cure a cranky iOS device was to give it a restart.

But last week, years of Genius Bar advice got turned on its head when iPhone enthusiast Marc Forrest posted a way to clear memory in iOS without resetting the device. Here’s how to do it — and potentially make a slow iPhone much faster in the process.

1. Start by unlocking your iOS device. That means the display will be lit, and either the home screen or an app can be showing, but not the lock screen.

2. Hold down the power button until the “slide to power off” option appears on the device’s display.

3. Next, release the power button, and then hold down the home button for roughly five seconds.

And just like that — poof — the iPhone’s memory, or RAM, is refreshed.

It may seem like this fix is too quick to make a big change in your device’s operation, but upon closer inspection, you’ll notice some telltale signs that show your Apple gear has indeed improved. First, as the home screen reloads, watch the menu bar refresh. This doesn’t typically happen when you tap the home button, but it does when you reset or start up the device cold. Secondly, double-tap your home button to pull up the device’s quick launcher. All of your formerly-opened apps will still appear to be running in their last-viewed state, but when you tap on any of them, you’ll notice they reload. They have been suspended, and are now coming back to life. 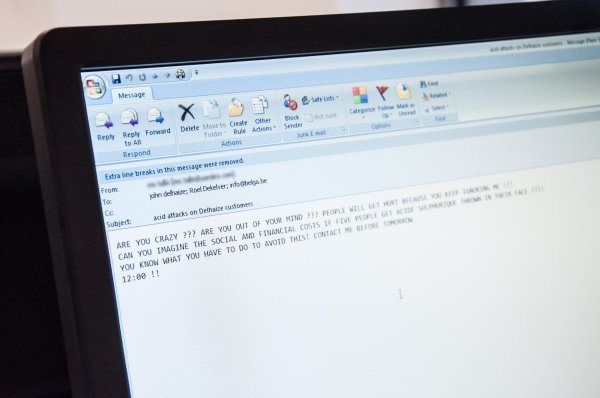 5 Secrets for Writing the Perfect Out-of-Office Email
Next Up: Editor's Pick