The Department of Justice is investigating the arrest of Ahmed Mohamed, the 14-year-old Muslim boy whom police took into custody when he brought a homemade clock to his school in Texas, the U.S. Attorney General said Thursday.

Attorney General Loretta Lynch confirmed the investigation at the annual Muslim Advocates dinner in Arlington, Va., the Dallas Morning News reports. “We have, as you may know, opened an investigation into the case of the young man in Irving, Texas,” Lynch told Farhana Kher, Muslim Advocates President and Executive Director, during an interview. “So we will see where that investigation goes.”

After the mayor of Irving denied that the city was being investigated, the Department of Justice clarified to the Morning News Friday afternoon that the investigation investigation involves the Irving Independent School District and not the city of Irving and is “regarding both harassment and the discipline of students on the basis of race, religion and national origin.”

The Department of Justice did not respond to TIME’s requests for comment.

Mohamed, who was President Obama’s guest at the White House, and his family announced in October that they were moving to Qatar. 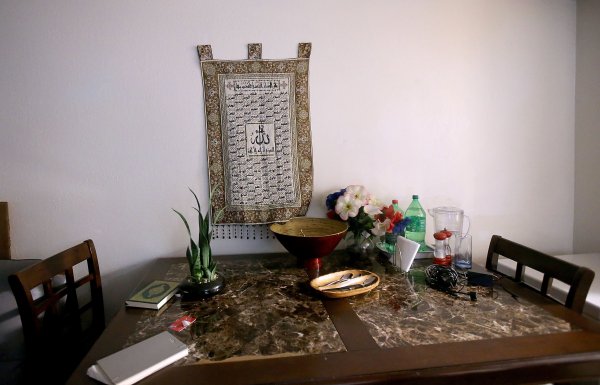 See Inside the San Bernardino Shooting Suspects' Home
Next Up: Editor's Pick