What We Know About the Truth Behind the Hanukkah Story

There’s a version of the story of Hanukkah, the Jewish holiday that begins on Sunday evening, that many modern-day celebrants probably know. It goes like this: During a celebration of taking back the Jewish temple, oil that was supposed to last just one night ended up lasting eight. Therefore, it was a miracle and to celebrate, we light a menorah for eight nights and eat foods cooked in oil, like latkes and doughnuts.

But David Kraemer, the Joseph J. and Dora Abbell Librarian and Professor of Talmud and Rabbinics at the Jewish Theological Seminary, says the full Hanukkah story is much longer and much more convoluted—and, as with so many of the stories behind religious holidays, it’s hard to corroborate the story with non-religious evidence.

“The problem is that we don’t have really good sources for what happened in the 170s BCE,” Kraemer says. “The sources we have are not only unclear but, depending on how you read them, they’re even contradictory with one another.”

In 175 BCE, the land of Israel was part of the Syrian-Greek Empire led by a King named Antiochus IV, also called “Epiphanes,” meaning “the gods’ beloved.” The most commonly cited source for the history of that time is the book First Maccabees, which was written in about 100 BCE, not too long after the events it describes. But Kraemer cautions that, like all books, ancient and modern, it’s got a perspective. According to First Maccabees, religious persecution by Antiochus Epiphanes led the rebels known as Maccabees to take back their temple from the Syrian-Greek Empire. Meanwhile, another book called Second Maccabees has a very different story. According to that version, a group of Jews had been attracted by Hellenistic ways, and it was against that Hellenized leadership that the Maccabees revolted, taking back their temple. And that’s not all.

“We seem to also have eyewitness accounts of the events,” Kraemer says. “It’s a hidden account, the final prophecy of the prophet Daniel, which was written at the time of the Maccabean revolt, so you’ve got some evidence about it but it’s not a direct testimony. It’s very difficult to interpret.”

Kraemer says that one thing that’s clear is that the religious holiday is meant to celebrate a miracle, though precisely what the miracle is is subject to question. In some interpretations, the miracle is the more mystical story about the oil and the lamp; in others, the miracle is the triumph of the weaker Jewish forces over the more powerful Syrian-Greek armies.

Regardless of what actually happened, the way it is celebrated and commemorated is where things get interesting—with the consequence that the details of the story may not make a difference for many who’ll observe the holiday this weekend. Much of the its modern appeal has to do with the few demands it places on its celebrants, says Jenna Weissman Joselit, Charles E. Smith Professor of Judaic Studies & Professor of History at the George Washington University, and each generation has celebrated the holiday differently to serve its needs and sensibilities.

“It is a domestic, familial occasion, not a synagogue-going one. The holiday requires little cultural or liturgical proficiency on the part of its celebrants,” she says. “It doesn’t take much to observe the holiday—and it’s fun.” 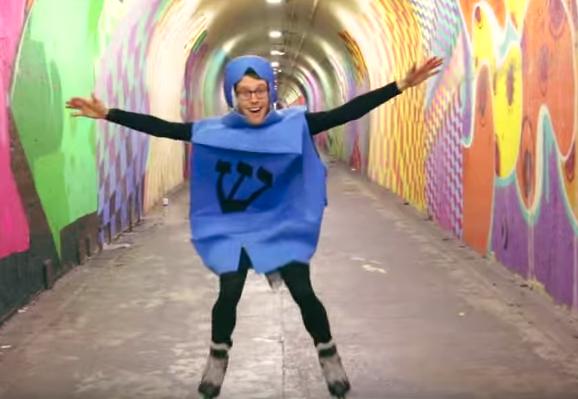 You’ll Want to Play This Hanukkah-Themed One Direction Mashup for 8 Days and Nights
Next Up: Editor's Pick