At a recent concert in Melbourne, Australia, one fan managed to sneak backstage by convincing a security guard he was related to one half of the duo Peking Duk. How? By editing the band’s Wikipedia page on his phone. He simply showed his ID and the Wikipedia entry to the guard, who waved him through and told him to wait.

“I stood out there for five minutes and I started to think this isn’t going to work,” the clever fan, David Spargo, told The Guardian. But then band member Reuben Styles popped out and invited Spargo into the green room.

Styles and his bandmate, Adam Hyde, were so impressed by the stunt that they weren’t creeped out or concerned by the security breach.

“It was probably the most genius, mastermind move that I’ve ever witnessed,” Hyde said. “We ended up having a bunch of beers with him and he was an absolute legend. He wasn’t a creep or anything. He was like the most normal dude we’ve ever met. That’s what makes it more hilarious.”

The band shared the story on social media Wednesday, using a well-placed meme from Anchorman:

According to Hyde, there’s a moral to this story: “never trust Wikipedia.”

Read next: What Wikipedia’s First Users Got Wrong 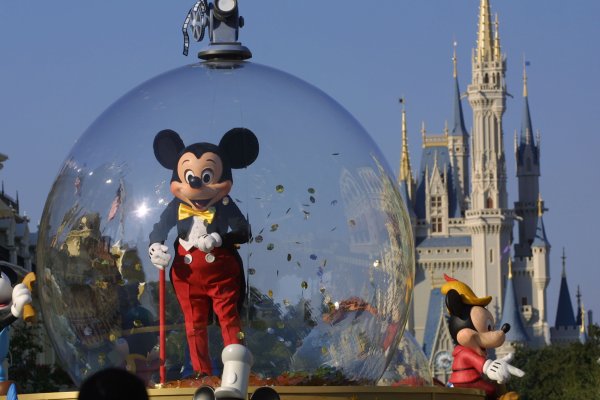 This Dating Site Is Just For Disney Fans
Next Up: Editor's Pick