Zuckerberg’s Baby Leave Is a Win for Women

Ideas
By Gloria Feldt
Gloria Feldt is the co-founder and president of Take The Lead and the author of four books including No Excuses.

I grew up when women had to be our own wives. When I started college in the 1960s, with my youngest of three children just four months old, I scheduled my classes to be away from home only two days a week. As a good wife, I shouldered full responsibility for child care and almost never asked my husband to babysit, cook a meal or change a diaper. Yet, to many of my friends and family, I was scandalous.

The concept of a man taking parental leave when his wife gave birth was—well, not even a concept.

Grateful for the chance to expand my mind, I never questioned the social norm. That is, until the burgeoning civil rights movement awakened me to realize women deserve civil rights, too.

So here we are, a half-century and a new millennium later, and what’s made news? Mark Zuckerberg for taking paternal leave and Facebook for a worldwide policy to award four-month paid “baby leave” to all its full-time employees.

In announcing its decision,Facebook stated that fathers and mothers deserve the same level of support when starting and growing a family.

This is a profound game changer. It upends the old family/work model, a system that was designed by men for men who had women at home to take care of the kids. For both economic and self-fulfillment reasons, few families today operate on that model.

Yet despite changing discriminatory hiring laws and crashing through many glass ceilings, women in our country still need a wife. Because, when it comes to childcare, more of us live like I did in the ‘60’s than like Priscilla Chan Zuckerberg.

We’re still the primary and expected caregivers for humans of all ages, but especially very small ones. We’re expected to balance mops and cellphones, briefcases and diaper bags, kids and careers, mostly without extra pay or thank you. If our children grow up to be good citizens, we’ve helped put the next generation on track. If they don’t, failure is on our heads.

Like the Continental Divide, which causes rivers to flow either east or west, a Gender Divide separates societal expectations. Women are both expected to be, and penalized for being, mothers, while men get kudos (and higher compensation) for being fathers.

When Marissa Mayer became the first CEO of a Fortune 500 company hired while pregnant, there was much judgmental chatter about whether she’d be able to do the work. But when she took just two weeks leave after the birth of her first child, no doubt in part to belie assumptions that she couldn’t fulfill her leadership responsibilities on maternity leave, the press ripped her, implying she was not a good enough mother.

When Mark Zuckerberg announced he was taking off two months, he was praised to the sky for his enlightened view.

The Gender Divide is the double-edged sword of our bias, and we can’t fix it until we face it. The truth is that, when it comes to caring for kids, our culture gives Mommy the penalty while Daddy gets the extra points. The consequence is that many women believe they are making independent choices to leave the workforce or pull back from promotions when, in fact, they are playing along with the bias game.

Our reality is that parenting is still a 24/7 job and somebody has to be in charge. According to a Work and Family Institute study, more than one-third of both millennial men and women still prefer traditional gender norms where men are the breadwinners and women stay home with children. It’s no surprise, then, that just 36% of women aspire to C-level positions and that women remain stalled at fewer than 20% of the top positions averaged across all sectors.

How can we change this paradigm? I’ve learned through my work that I can’t persuade anyone with even my most brilliant argument, but I can open minds and change behavior by wielding values.

Though it’s way past time for the U.S. to join the industrialized world in valuing children by providing paid parental leave as a matter of public policy, in the long term we will close the Gender Divide only by changing our culture’s norms.

In the short term, let’s high five Mark Zuckerberg for publicly leading the way by example. More equitable parenting responsibility is the best way to get women moving toward parity in the C-suite. 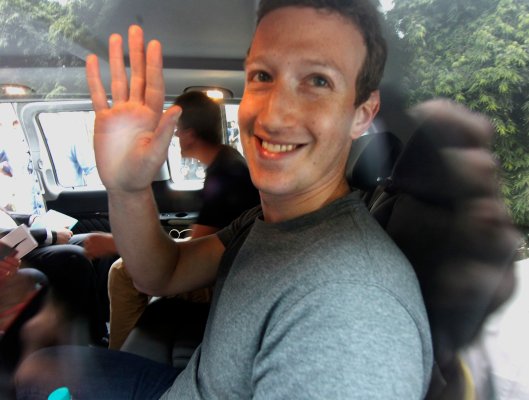 Some Friendly Parenting Advice for New Dad Mark Zuckerberg
Next Up: Editor's Pick