Volcanic activity usually involves slow, gurgling flows—rarely spewing lava and ash into the sky. But Mount Etna erupted in awe-inspiring fashion on Thursday morning, shooting a stream of lava about 3,200 ft. (975 m) into the air above Sicily, and a plume of ash about three times as high.

The eruption thickly covered a number of neighboring villages with ash and shut down the nearest airport on the Italian island, but no injuries have thus far been reported.

During the spew, volcanic lightning illuminated the billowing clouds. The electric occurrence only happens during the most powerful eruptions.

The event lasted 50 minutes, which was enough time for photographers and videographers to capture the fiery spectacle. 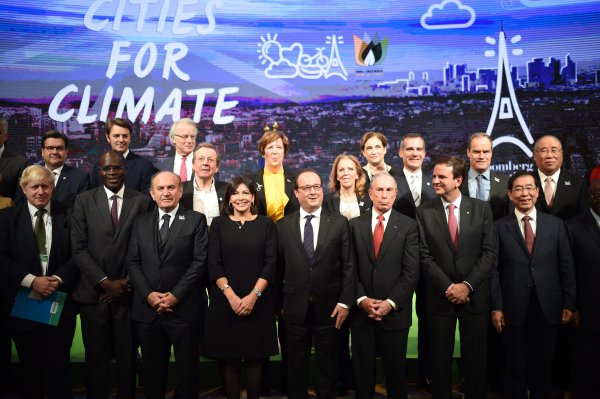 These Are the 5 Facts You Need to Know About the Paris Climate Summit
Next Up: Editor's Pick