A flooded view of the Chennai airport in Chennai, India on Dec. 3, 2015.
Atul Yadav—AP
By Olivier Laurent

Thousands of people have been forced from their home after the southern Indian state of Tamil Nadu experienced its heaviest rainfall in more than a century, the Associated Press reports.

The deluge has forced the closure of an airport in the state’s capital, Chennai, where 13 inches of rain were reported in just under 24 hours.

The Indian Meteorological Department expects a depression in the Bay of Bengal to bring more heavy rains to the state later this week.

An aerial view of a partially submerged airplane is pictured in a flood affected area in Chennai, India on Dec. 3, 2015.
India's Press Information Bureau/Reuters
More Must-Read Stories From TIME
Subscribe to TIME 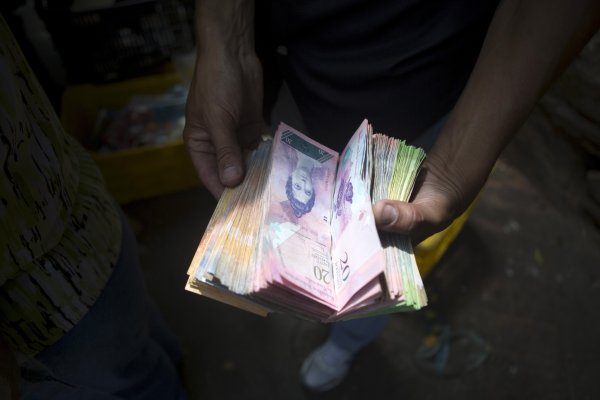 Hyperinflation Crisis Could Change Venezuelan Politics
Next Up: Editor's Pick