This Is How Successful People Get Ahead During the Holidays

There’s a disturbance in the Force. The weather is getting colder. Winter is setting in. The holiday season is soon upon us. I’ve found that there are primarily two types of people that emerge when the holiday haze hits. Which one are you?

By Dec. 1, the Sheep are already mentally checked out. They might be here here physically, but their minds are roasting chestnuts over an open fire. “Dude…it’s December,” they’ll tell you. The Sheep have plenty of big goals that they’re hoping to accomplish in 2016. (I mean, who doesn’t?) But right now, all that stuff is on the back burner. Going on mental cruise control around the holidays doesn’t sound like such a bad idea for most people. I think we can all relate.

But inevitably, a sinking feeling begins to develop. Right in your core.

It starts very subtly, when you look back at 2015 goals and realize, “Darn…I didn’t really accomplish what I set out to do this year.” “It’s OK,” you tell yourself. “New Year, New Me. Right? I’ll get a fresh start in January.” So you set new resolutions to get even more done in 2016. It feels good to envision yourself following through. Maybe you even write some things down.

Deep down inside, though, you know nothing has really changed.

You don’t really have a plan for getting from where you are to where you want to be, and in your heart-of-hearts—as much as it hurts you to admit it—you wouldn’t exactly be surprised if December 2016 left you feeling just as unsatisfied as this year.

So you just…bury your expectations in food and embrace the holiday slump. It’s a nice six-ish weeks of self-induced, “I’ll deal with it after New Year’s” bliss. But on a core level, it an agonizing cycle of self-defeat.

That’s how most of the population spends their holiday season. I’ve been there, too. But there’s another way.

On the outside, Hustlers seem like anomalies whose massive success can’t be explained with logic. They’re like “glitches” in the system. These are the people who set out to accomplish massive goals every single year, and not only crush those goals but surpass them.

I know you’ve seen them: Maybe you’re reading TIME and catch a glimpse of some young, brilliant entrepreneur in his 20s who’s making billions with an app he developed in his dorm room. Or perhaps it’s the newest junior executive at your job, who despite being with the company for less time than you, has already put herself on track to become a partner.

How are they doing it?

The 13-Month Year is how true Hustlers get ahead. More than anything, someone living a 13-Month Year says: “I don’t care that everyone else is taking the holidays off. I’m about to turn the rocket boosters ON.”

While your friends and colleagues are winding down, eating a lot and singing carols, they’re grinding through the holidays. They’re starting their year early and they get an entire “bonus” month in 2016 to figure things out without wasting time. They’re working out all the kinks in your plans so that come Jan. 1, while everyone else is sobering up and crawling back to the office, they’re already well into the groove.

THAT’S how winners kill the game.

This isn’t another played out New Year’s Resolution that you’ll sweep under the rug in a few weeks, quietly embarrassed. This is a proven strategy for success. If you want to get in better shape, maybe you’ll use that extra month to start your workout routine and diet plan early. (You’d be appalled how empty the gym is in December. Only Hustlers are gettin’ it in. Perfect.) If you want to start a business, maybe that extra month is used to begin testing your ideas early and identify where to focus your efforts so that you already have momentum and clarity going into 2016.

Now here’s the catch…. This stuff is not easy.

I’m not a guru. I’m just Daniel. I’m not a millionaire (yet). I’m not perfect. I’m not all-knowing. But I have figured some stuff out that can help you. And the more I hang out with people who are much more successful than I, the more I realize that success is not an accident. It’s not luck. A big part of getting ahead is the ability to focus while other people are distracted.

So get focused now. Not in January. 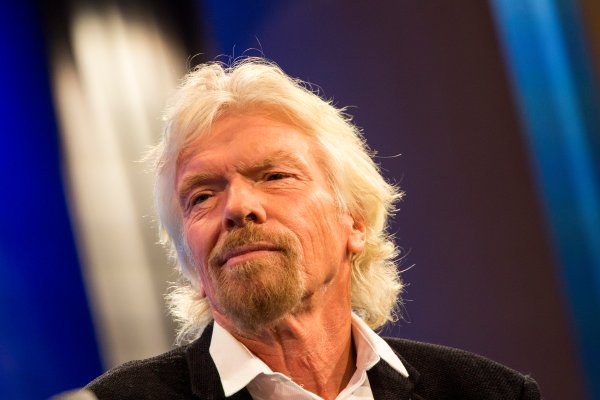 What Richard Branson, Elon Musk and Other Top Execs Ask During Job Interviews
Next Up: Editor's Pick