A San Bernardino police officer stands by a flowers on the sidewalk on Waterman Avenue in San Bernardino, CA on Dec. 3, 2015.
Robyn Beck—AFP/Getty Images
By Maya Rhodan

“In light of recent events that have occurred in the United States and around the world I want to encourage citizens of Ulster County who are licensed to carry a firearm to PLEASE DO SO,” Sheriff Paul J. Van Blarcum wrote in a Facebook post on the Ulster County Sheriff’s official account.

“I urge you to responsibly take advantage of your legal right to carry a firearm,” Blarcum wrote. “To ensure the safety of yourself and others, make sure you are comfortable and proficient with your weapon, and knowledgeable of the laws in New York State with regards to carrying a weapon and when it is legal to use it.” He also urged active and retired police officers to carry a weapon with them whenever they leave the house.

Guns rights activists have frequently argued that arming more citizens could help in active shooter situations, though those who favor more restrictive gun laws have said that would be counter productive.

The U.S. is currently navigating two mass shooting events that have occurred in the past week–one at a Planned Parenthood facility that killed three and another at a social services center that killed at least 14. On Thursday, President Obama again weighed in on a mass shooting, saying it’s too easy for Americans to get their hands on firearms.

“As the investigation moves forward I think it’s going to be important for all of us, including our legislators, to see what we can do to make sure that when individuals decide that they want to do harm, we make it a little harder to do it,” Obama said. “Because right now it’s just too easy.” 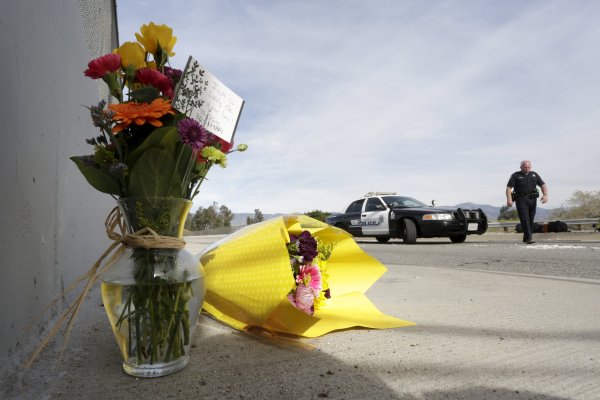 What to Know About the San Bernardino Shooters
Next Up: Editor's Pick