Secretary of Navy: Allowing Women in Every Combat Role Was Overdue

Marines at ease during their march at the Veterans Day celebrations in New York City on Nov. 11, 2015.
Zoran Milich—Getty Images
Ideas
By Secretary Ray Mabus

The U.S. Navy and Marine Corps are the most formidable expeditionary force the world has ever known. But to remain so, especially in the face of the unprecedented demands and challenges of today’s advanced military, it is essential we recruit our all-volunteer force from the broadest possible pool of expertise and talent.

The Navy and Marine Corps are at a strategic turning point: every position in these Services is opening to women. This long-overdue move puts policy in line with reality, recognizing the critical role that women play in mission success. Women enhance the capabilities of our force, and now women will have equal – every – opportunity to do so. We will be using single occupational standards that are task-oriented and gender neutral to qualify Sailors and Marines for all positions, and we will be exercising the full potential of the talented people that make up our incomparable force.

The Department of the Navy has been building toward this integration with thought and anticipation. Not only have we carefully evaluated the powerful impacts of opening up these pathways, but we have identified ways to support and retain the diverse force we attract.

In February 2010, we changed the long-standing policy of prohibiting women serving on submarines, and women have now deployed many times on subs. Additionally, we’ve increased the number of women in leadership roles in the Navy and Marine Corps.

We are also updating the way we look, making women and men equal in appearance. The Navy and Marine Corps are making uniforms just that: uniform. No longer will you see male and female Sailors and Marines, but instead United States Sailors and Marines.

And we are modernizing our practices. When people choose the Navy or Marine Corps as a career, they are choosing more than a profession, they are choosing a life of service and often sacrifice. Because of the commitment each Sailor and Marine makes to this country, we must equally commit to them and invest in them, to ensure those service members stay in and carry their talent through to the highest leadership ranks.

This summer, I announced a series of initiatives for our Sailors and Marines that were aimed at attracting and retaining innovative thinkers, prioritizing merit over tenure and providing more flexible career paths. These initiatives ranged from promoting healthy life styles to internship and education opportunities, from improving outdated advancement systems to increasing the number of women who enter and stay in uniform.

A few months ago, I tripled the length of maternity leave offered to female Sailors and Marines after giving birth to a child, from six to 18 weeks. I did it because it is critical to our warfighting readiness.

More than half of college graduates entering the workforce in the United States today are women. If Naval service is not attractive or a feasible career to a large portion of those who may be eligible, the Navy and Marine Corps will lose the valuable skills, capability, and perspective that these individuals bring, particularly in our more senior ranks – for both officers and enlisted.

We invest millions of dollars over many years to provide training and experience in highly technical skill sets to develop an exceptionally capable force. To lose that investment, and to incur the costs of re-investing in an individual’s replacement, is unacceptable and unsustainable.

More costly than the dollars we lose in training, is what we lose in diversity. Diversity is vital to maintaining our exceptional fighting force, and it is more than simply demographics – it is perspective. The diversity of thought our men and women in the Navy and Marine Corps drive innovation at every level and ensure we continue to lead the world in superior capability across all domains.

Opening up submarines, updating uniforms, expanding paid maternity leave for new mothers, and now, opening up the rest of the Navy and Marine Corps positions to women are moves that I have been proud to make as Secretary of the Navy. And I will continue to advocate for improvements that require legislative changes such as those that would greater accommodate adoptive parents and offer greater paternal or partner leave.

The U.S. Navy and Marine Corps uniquely provide presence around the globe, around the clock to promote stability, deter adversaries and assure our nation’s leaders have a full range of options in times of crisis. And behind that global presence, is a powerful and diverse team – America’s “Away Team” – of Sailors and Marines, whose varying backgrounds and perspectives lend themselves to the advanced, innovative mindset we rely on to keep our military strong. I could not be more proud of all the men and women serving in uniform today, and our commitment to diversity will ensure the Navy and Marine Corps team remains the world’s greatest and most preeminent expeditionary fighting force. 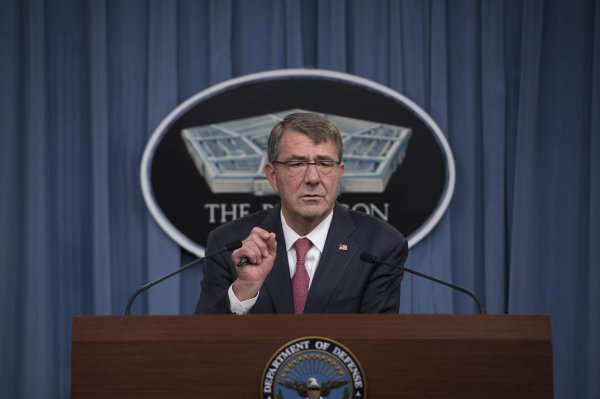 Why the Pentagon Chief Overruled the Marines on Women in Combat
Next Up: Editor's Pick