Donald Trump confirmed Thursday that he will participate in the next Republican presidential debate on CNN, after floating the idea that he wouldn’t join his rivals on stage unless the network gave $5 million to charity.

“How about I tell CNN, who doesn’t treat me properly … I’m not gonna do the next debate, okay?” he said in Georgia this week. “I won’t do the debate unless they pay me $5 million, all of which goes to Wounded Warriors or goes to vets.”

This was something Trump had talked about before, and he likely wasn’t serious— he admitted he didn’t want to back out of the debate for fear of being called “chicken.”

But he unequivocally confirmed to the Washington Post that he will be on the debate stage Dec. 15. “When you’re leading in the polls, I think it’s too big of a risk to not do the debate,” he said. “I don’t think I have the kind of leverage I’d like to have in a deal and I don’t want to take the chance of hurting my campaign. So I’ll do the debate.” 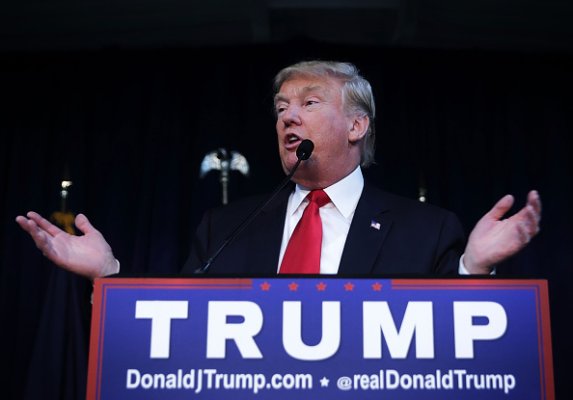 Donald Trump Gets Cold Reception at Jewish GOP Event
Next Up: Editor's Pick