Reversing Affirmative Action Would Send Us Backwards on Race

When the Supreme Court revisits affirmative action in Fisher v. University of Texas on Dec. 9, the legalistic discussion of narrowly tailored means and race-neutral alternatives will obscure a more basic question: Do the searing events and protests that began in Ferguson, Mo., and continue to echo across the country leave any doubt about how far we have to go to overcome racial discrimination and to achieve a truly integrated society?

There is no denying the progress our nation has made in overcoming its fraught racial history in the six decades since Brown v. Board of Education ended legal segregation of public schools. One area after another of our society has been opened to those long denied access. For example, in 1975, there were 14 African American federal district court judges; today there are more than 80. Of course, we’ve elected and re-elected our first African American president. Yet it cannot be lost on the Justices that, since they last ruled in Fisher in 2013, the nation has seen unmistakable evidence that structural segregation and discrimination persist in America: the shooting of nine black churchgoers by a white supremacist, cities in upheaval over police killings of minorities, and, most recently, college students from Connecticut to California protesting their experience of race on campus.

Most critics of affirmative action choose only to see the nation’s progress on race. They express their desire to turn the page on diversity in our colleges and universities, and they speak often of a post-racial society, citing President Obama’s election. They also argue that admissions policies focusing exclusively on socio-economic diversity will bring all the benefits of affirmative action with none of the unpleasantness or self-reflection necessary to confront the impact of our racial history.

These arguments reprise the cool, analytic voice of Justice Lewis Powell whose opinion for the Court in the landmark 1978 Bakke case stated that quotas were impermissible under the Constitution but that race could be taken into account to achieve the educational benefits of a diverse student body. Powell and the Court rejected the goal of helping groups “perceived as victims of ‘societal discrimination’ ” because to do so “imposes disadvantages upon persons . . . who bear no responsibility” for those damages. This enshrined an inert jurisprudence drained of the history of slavery, Jim Crow, and centuries of discrimination. In a stroke, the Court effectively decoupled the rationale available to defend affirmative action from the realities of race past and present.

In the Supreme Court’s first ruling in Fisher in June 2013, the Justices applied this jurisprudence to the claim that Abigail Noel Fisher, who is white, was denied admission to the University of Texas because of racial preferences. She did not prevail. The Court confirmed the state’s compelling interest in educational diversity and asked the lower courts in Texas to examine whether the university had alternatives for achieving this goal without considering race in the admissions process. Now the case is back before the Court with a fresh claim from Ms. Fisher that the Fifth Circuit has erred once again in failing to embrace her complaint under the Constitution’s equal protection clause.

Justice Sonia Sotomayor has pointedly taken issue with Chief Justice John Roberts’ view of a post-racial America. In her dissent last year in a case reviewing the constitutionality of Michigan’s ban on affirmative action, she asserted that “the way to stop discrimination on the basis of race is to speak openly and candidly on the subject of race.” In doing so, she gave voice to all who know through their personal, lived experience what it will take to build a truly integrated America.

She understands only too well that, because our society remains so stratified by race and by class, including public schools still as racially segregated as they were a half century ago, college can be the first place that students meaningfully interact with people from different backgrounds. Sotomayor is no doubt mindful of where we really stand at the mid-point of the 25-year time limit on affirmative action programs which Justice Sandra Day O’Connor inserted into her opinion for the Court in Grutter v. Bollinger, the case providing the precedent at issue in Fisher.

At the time, O’Connor’s unusual expiration date on a ruling involving constitutional rights was notable for having no known precursor in our Supreme Court jurisprudence. Today, it serves as an unintended reminder that undoing the structures of inequality that took centuries to build will not occur in a few decades. My colleague, Professor Ira Katznelson, documents the deep origins of America’s structural racism in his book, “When Affirmative Action was White.” He explains how multiple policies of the mid-twentieth century, from Social Security and the G.I. Bill to new labor laws and home-mortgage assistance, promoted the modern American middle class. In total, more than $100 billion was spent on this government-led social transformation: more than six times the amount dedicated to Marshall Plan aid in war-torn Europe. But, by design, most blacks were left out, and, Katznelson concludes, the “Gordian Knot binding race to class tightened.” It remains so today.

It has always seemed self-evidently wrong to me to abandon affirmative action when the goal of an integrated society is so clearly unrealized. To reverse affirmative action in higher education now, as the Fisher case threatens to do, is to pull a thread that could unravel the progress that has allowed so many sectors of our society to become more genuinely inclusive and reflective of a diverse nation. It could, I fear, ultimately lead us backwards to the “two separate and unequal societies” that the Kerner Commission found at the root of the burning cities of the 1960s.

It shouldn’t be surprising that our ever-shifting debate about race would come to rest on university campuses in the days leading up to the Court’s rehearing of Fisher. For those of us who lead colleges and universities, preserving affirmative action without doing more is inadequate. The expressions we are seeing on campuses of isolation and worse make clear that college students experience the burden of racial stereotypes and cultural expectations in very real ways, regardless of the level of academic accomplishment. Every one of the diverse identities and backgrounds present at our schools must be welcomed in a way that offers the opportunity to thrive.

We can agree or not with what today’s students are demanding through their protests, and with the heightened concern about historical symbols in a year when other parts of American society recognized that a Confederate flag was no longer acceptable as a badge of regional heritage. We must insist that freedom of speech remains a core value on our campuses, even when it leads to offense, as it inevitably will in a free society. But if the Justices look to the universities where they were educated, they will see ample evidence to prove that America’s current racial imperative is about something more than just an end to racial discrimination, now that legal barriers are vanquished. We are struggling toward an understanding about what constitutes meaningful integration in 2015 that in some ways is brand new and in others traces its roots to 1954, when the Supreme Court led by Earl Warren unanimously decided Brown and recast for the better the foundation of America.

For their part, today’s Justices must take as their goal the building of racially integrated campuses and an integrated American society worthy of our ideals. They must reject an ahistorical sense of race and ethnicity in America that is built on wish fulfillment rather than reality. And, most important, they must accept the plain facts visible for all to see, that roughly halfway through Justice O’Connor’s 25-year countdown to a society without need for affirmative action, the arc of history has a different timetable. 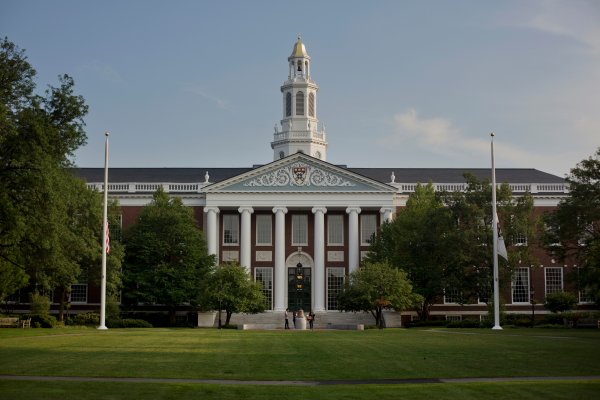