If you’ve struggled with the jump from Apple’s 4-inch iPhone 5s to the 4.7-inch iPhone 6s, here’s some good news: Apple may bring back the 4-inch iPhone, according to a report from KGI Securities analyst Ming-Chi Kuo published by blog MacRumors.

The rumored device is also expected to be significantly cheaper than Apple’s flagship phones. Kuo estimates it could cost between $400 and $500, making it about $150-$250 less expensive than the iPhone 6s. The goal would be to target budget-conscious customers and those in emerging markets, writes Kuo.

The analyst estimates that Apple could launch this smaller iPhone in early 2016, which would fall out of the company’s established product cycle. Apple typically unveils its new iPhones at an annual event in September, but sometimes reveals other new products in March.

This new 4-inch model would come with many of the same enhancements Apple has put on its newer iPhones, such as a metal design, NFC support and Apple Pay. It would also pack the same A9 processor that powers the iPhone 6s and iPhone 6s Plus.

Apple declined to comment on the report. But it’s worth noting that Kuo has been accurate in the past. He correctly predicted that the iPhone 6s would feature a pressure-sensitive screen and a 12-megapixel camera, for instance.

Kuo’s latest report also comes after previous rumors had indicated Apple was working on a new smaller iPhone. Timothy Arcuri, an analyst with Cowen and Company, previously said that he saw evidence of such a device in Apple’s supply chain last March. 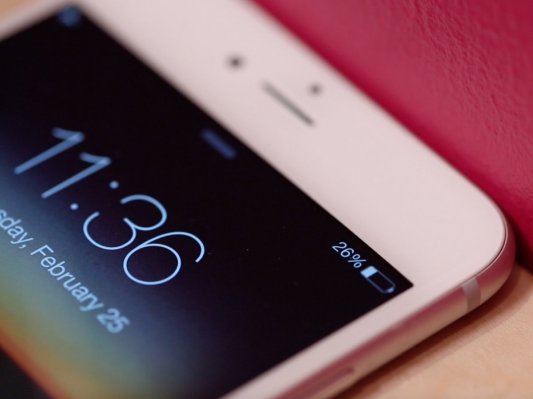 10 Ways to Make Your Smartphone's Battery Last Longer
Next Up: Editor's Pick