“They’ll be allowed to drive tanks, fire mortars, and lead infantry soldiers into combat,” Carter said, so long as they meet the same physical standards as their male comrades. “They’ll be able to serve as Army Rangers and Green Berets, Navy SEALs, Marine Corps infantry, Air Force parajumpers and everything else that was previously open only to men.”

Female advocates cheered the change. “It’s a thrilling day for women serving in the military—and for women across the country,” said Nancy Duff Campbell of the National Women’s Law Center. “Thousands of women will now have the opportunity to be all that they can be and our nation’s military will be the stronger for it. Hip, hip, hooray!”

The impact of the decision will take some time. “Implementation won’t happen overnight,” Carter said. Women will have to be trained to fill the slots. While some have already undergone such schooling—three women passed the tough Army Ranger course earlier this year, for example—the Pentagon wants to ensure that it achieves a still-unspecified “critical mass” of such women before introducing them into previously all-male units. A senior Army officer has estimated that while half of incoming male recruits want to “go infantry,” for example, only 10% of female recruits share that sentiment.

The decision comes after decades of allowing women to move ever closer to front-line, direct-ground-combat units: infantry, armor and special operations. While they have been allowed in supporting roles alongside such units—in intelligence and logistics, for example—they were barred by Pentagon policy from standard service in most such outfits. While the Army had recommended to Carter in October that women be allowed to serve in all combat slots, the Marines had recommended against it.

Carter’s announcement represents an historic change for the U.S. military. But some of the leeriness accompanying it has been eased by the smooth integration of openly gay men and women into military service. In fact, the Marines also were the service most opposed to allowing them to serve in uniform, saying it would hurt morale and recruiting. Neither has happened in the four years since the ban was lifted.

There has been opposition to the change even inside the Army. “The average fighting load is 35% of average man’s bodyweight but half the bodyweight of an average Army woman,” William Gregor, a retired 23-year Army officer now at the service’s School of Advanced Military Studies at Fort Leavenworth, Kan., wrote in 2011. “Keeping the men and women together can only diminish the training benefit received by men because the load or the march rate or both must be kept within the range of strength and endurance of the women.”

The Marines steadily built a case that their front-line units should remain all-male. “To move forward in expanding opportunities for our female service members without considering the timeless, brutal, physical and absolutely unforgiving nature of close combat is a prescription for failure,” an internal Marine study completed in August concluded. “Those who choose to turn a blind eye to those immutable realities do so at the expense of our Corps’ war-fighting capability and, in turn, the security of the nation.”

Gregory Newbold, a retired Marine lieutenant general, says physical strength is only part of the combat calculus. “It’s the fighting power of the unit that’s more relevant, and when you interject things that are corrosive, then you degrade fighting power,” he says. “It’s the sexual dynamic that’s important here—somebody has to get up early to clean the urinals and pick up trash, and Johnny says `Well Suzy isn’t doing it because they like Suzy,’ or Suzy says `I’m doing it because they hate me.’ That’s human nature, and it’s corrosive in small combat units.” But an internal Marine report disputes that. “Any initial detrimental effects on cohesion can eventually be mitigated with good training and solid leadership, it concluded.

Instead of simply setting physical requirements for individual Marines, the corps pitted all-male squads against mixed-gender units. “The majority of the operationally relevant differences occurred in the most physically demanding tasks, such as casualty evacuations, long hikes under load, and negotiating obstacles,” one internal Marine assessment said. “We have seen numerous cases of compensation during physically demanding tasks, in which males have shifted positions to take over certain aspects of the tasks from females, such as loading ammo into trucks or heaving loaded packs on top of a wall.”

The corps has pointed out that the more than 400 female Marines who earned combat decorations in Afghanistan and Iraq earned them in what might be called combat-lite. “None of those awards reflected a female Marine having to `locate, close with and destroy the enemy’ in deliberate offensive combat operations,” a recent Marine report said. “Rather, these actions were all in response to enemy action in the form of IED strikes, enemy attacks on convoys or friendly bases, or attacks on female Marines” assigned to all-female units designed to screen and interview foreign females. True enough, but hardly surprising: female Marines have been barred from “deliberate offensive combat operations.”

The advance of women toward the front lines has been a long time coming, and female trailblazers recall the challenges. Ann Dunwoody, the first four-star general in the U.S. military, recalls the Army banning barrettes and bobby pins to keep hair in place under jump-school helmets, claiming they were hazardous while parachuting. “It was an attempt to get us to cut our hair, and look manly,” says Dunwoody, who retired in 2012. She refused to go along. “I taped my hair to my head with masking tape—it looked ridiculous.” Eventually, the Army relented.

Darlene Iskra, who became one of the Navy’s first female divers in 1980, recalls the grueling physical harassment instructors would mete out during six weeks of scuba training. They’d yank off trainees’ masks and turn off their air supply, to ensure the fledgling divers were ready for dangerous undersea missions. Iskra spent her first three weeks in the pool with a female partner before each was paired with a male partner for the rest of the course. “We noticed after we got our new buddies that the pool harassment went down by about half,” says Iskra, who went on to become the first woman to command a Navy ship in 1990. “But our new male buddies said the harassment had gone up about half.”

In a perfect world, everyone wearing a U.S. military uniform would be an asexual brute with a stunningly high IQ who doesn’t eat much, is adept at following orders and leery of challenging authority. Given that such a creature has never existed, the nation has spent more than 200 years building its military, one compromise at a time. The Pentagon just made its biggest compromise ever about who can serve on the front lines in a U.S. military uniform. 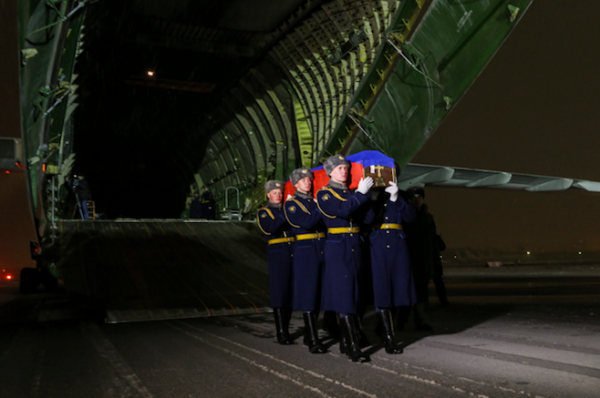 The Strange Rules of War Governing the ISIS Campaign
Next Up: Editor's Pick