Harrison Ford in a scene from the film 'Indiana Jones And The Temple Of Doom', 1984
Paramount Pictures / Getty Images
By Jonathon Dornbush / Entertainment Weekly

Though rumors have persisted of a younger actor taking over the iconic fedora of Hollywood’s most famous archeologist, Steven Spielberg says the only Indiana Jones movie he’ll ever make will star Harrison Ford.

“It’s certainly not my intention to ever have another actor step into his shoes in the way there have been many actors that have played Spider-Man or Batman,” Spielberg said to Screen Daily, which reports that the director plans to bring the character back for another film. “There is only going to be one actor playing Indiana Jones and that’s Harrison Ford.”

Spielberg also discussed why he would want to return to the Indiana Jones franchise, even though he’s 68 and Ford is 73.

“Because there are more adventures out there than films,” the Bridge of Spies director said.

Among those rumored to be considered for a younger iteration of the part was Chris Pratt, who earlier this year told EW that to even consider a role like that, the actor would have to ask, “Is it right for me to do this? And is it perfect? You don’t want to be the guy who f—s that up.”

Ford has already returned for one of his other iconic film roles, reprising his Harrison Ford role for Star Wars: The Force Awakens. Ford spoke to EW about that process, and also said in a separate interview that “I’d love to do another Indiana Jones and work with Steven [Spielberg] again — if we get a script, I’d love to do it.”

Head over to Screen Daily for more from Spielberg. 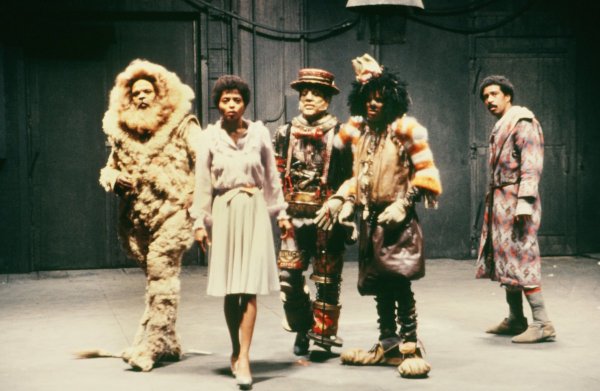 What Made the 'The Wiz' 'Wickedly Amusing'
Next Up: Editor's Pick