Oscar Pistorius will remain at liberty over Christmas despite five Court of Appeal judges ruling today that his conviction for culpable homicide be overturned in favour of one of murder. But it could be his last Christmas of freedom for several years.

The athlete was convicted by Pretoria’s high court last year of unintentionally killing girlfriend Reeva Steenkamp after mistaking her for an intruder in his home in the early hours of St Valentine’s Day 2013. But on Thursday, a panel of senior judges ruled that it was irrelevant whom he believed was behind the door – he had no right to shoot, even in self-defence. “I have no doubt that in firing the fatal shots, the accused must have foreseen… that whoever was behind the toilet door might die, but reconciled himself to that event occurring and gambled with that person’s life,” Judge Eric Leach said, speaking on behalf of the panel. “The identity of his victim is irrelevant to his guilt.”

The decision was met with shock but broad approval by South Africans who have followed every moment of this long-running and sensational case. When Judge Thokozile Masipa delivered her verdict at Pretoria’s High Court in September last year, lawyers took to the airwaves in droves to explain why she made a mistake for failing to convict the 28-year athlete of murder by dolus eventualis, meaning that he should have foreseen with his actions that he could kill a person.
Her decision to sentence the athlete to five years in jail with the option of release under house arrest and a period of community service was even more controversial, and saw the athlete released on bail last month after serving just one year.

James Grant, a criminal attorney and member of the prosecution team for the appeal, says Judge Masipa faced a tough decision because the waters were muddied by two other aspects: that the person he thought was in the toilet was actually someone else, and his claim he was acting in self-defence, something that often provides strong mitigation in the courts of crime-ridden South Africa, where house robberies are a daily occurrence. “It was a mistake that was understandable given how many balls she had to juggle,” he says.

A source close to the judge suggested she “struggled” with that aspect. “It was difficult for her to decide whether it was murder or manslaughter,” the source says. “She really struggled with that and took a long time to make her decision.”

Friends and members of the Steenkamp family said justice had now finally been done. Barry Steenkamp, the model and law graduate’s father, told a local news website the case was finally “over” for him. “For us as a family, we can get on with our lives now and I hope his family can get on with their lives now,” he said.

Desi Myers, the mother of Steenkamp’s two best friends in Johannesburg. suggested the model and law graduate would have approved of the appeal court decision. “Reeva was about love. She denounced violence of any kind. I knew that even in death she wld side with justice,” she wrote on Twitter. Her daughter Gina, a make-up artist, said the judgement righted a wrong. “Nothing can justify that she is gone,” she says. “I hope this has brought so much needed peace for the Steenkamp family and all her friends. I know that we can all speak her name with love and honour. And forever.”

It is understood that Pistorius’ legal team have ten days to lodge an appeal with the Constitutional Court, the country’s highest tribunal. Commentators have suggested he could do so on the basis that his rights were infringed by the media glare around the case, which was broadcast on live television, drawing comparisons to the OJ Simpson trial in the U.S. Whether they will do so is far from certain – Pistorius’ attorney has already said the athelete cannot afford another round of hearings, but the wider family are believed to be wealthy and could contribute if the decision was taken to continue the fight.

A source close to the family said that since the judgement came through, their phones had been ringing off the hook and the devastated Pistorius had been ringed by his aunt, uncle and siblings. He is believed to have been mentally preparing for a murder conviction but even so, its delivery came as a shock. “It was a harsh judgement, harsher than we thought but in terms of the content, we felt it would go this way after hearing what was said at the appeal,” the source said.

One of the prosecutors in the case said it had never been their intention to “get” Pistorius but to correct legal errors that could have far-reaching consequences for many criminal cases going forward. “Even if you changed the name of the accused we would have appealed,” the lawyer said.

One state source rejected the suggestion that athlete could not appeal to the Constitutional Court over the media focus on the case. “The media didn’t put the gun in his hand,” the lawyer said. “The state could also say our witnesses had never been in the public eye and were intimidated – that argument goes both ways. This was never something they raised during the trial so how can they raise it now?”

Murder in South Africa carries a minimum term of 15 years imprisonment but like most aspects of the country’s justice system, the rule can be bent in exceptional circumstances. Questions are now swirling about how Judge Masipa will handle the case, whether she will maintain her sympathy towards the stricken athlete or take a harder line in light of the appeal court judgement. A Pretoria High Court source suggested Judge Masipa could opt for a ten year sentence with the option of release after just one third. James Grant, the prosecuting attorney, says the judge was likely to take an entirely different tack. “Previously she was looking at someone guilty of culpable homicide who made a tragic mistake – now she is looking at someone who intentionally committed murder. I doubt sympathy will come into it,” he says. 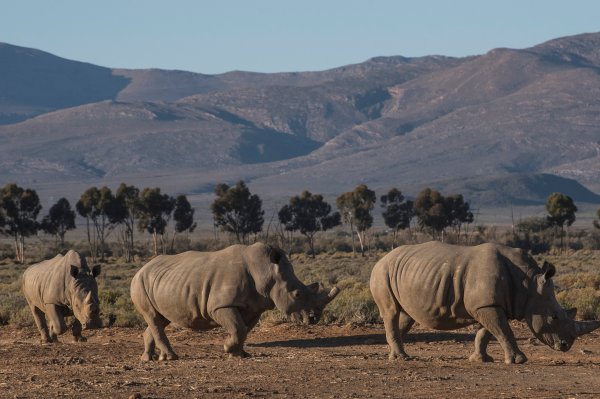