First responders responding to a shooting at the California Department of Developmental Services Inland Regional Center in San Bernardino, CA on Dec. 2, 2015.
Reuters
By NBC News

Islamic community leaders reacted with shock and grief after a Muslim couple apparently embarked on a deadly shooting rampage at a community center for people with developmental disabilities.

The Council on American-Islamic Relations — a nationwide advocacy organization — condemned the “horrific and revolting attack” in San Bernardino, California, and offered “heartfelt condolences” to families of the victims.

“The Muslim community stands shoulder to shoulder with our fellow Americans in repudiating any twisted mindset that would claim to justify such sickening acts of violence,” Hussam Ayloush, the executive director of CAIR for the Los Angeles area, said in a statement. 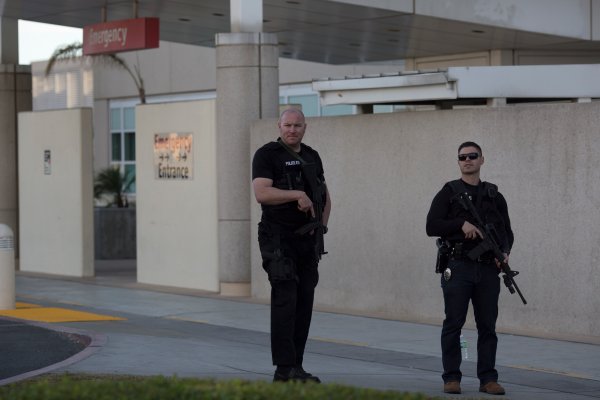 San Bernardino Shooters Left Their Baby with Grandmother Before Rampage
Next Up: Editor's Pick