President of the European Central Bank Mario Draghi talks during a news conference in Frankfurt on Sept. 4, 2014
Michael Probst—AP
By Rana Foroohar

Get ready for the great divergence.

That’s what this month will likely bring in monetary policy, as the European Central Bank launches more stimulus, in the form of rate cut that moves into negative territory, and another round of the cash dump known as “quantitative easing” (QE), to goose growth on the Continent. Meanwhile, the U.S. Fed is very likely to make the first interest rate hike since the 2008 financial crisis and subsequent recovery.

This morning, the European Central Bank cut the deposit rate to -0.30% from -0.20%. President Mario Draghi trumpeted the bank’s existing QE program, saying it would be extended until March 2017 or “beyond if necessary.” Stock markets in Europe tumbled as investors traded on their disappointment; many had expected more drastic measures.

Now the attention will turn to Fed Chair Janet Yellen and the question of whether or not she sticks with the plan she’s been preparing the investing public for—a December rate hike. In a speech last Wednesday to the Economic Club of Washington, Yellen reiterated what she’s been saying for some time—the U.S. recovery is on track, and in particular, the consumer is strong and wages are starting to rise consistently. That had been the missing piece of the puzzle thus far. While there has been job growth for years now, wages had remained stagnant. Tough to produce a decent recovery with no salary hikes in an economy that is 70% consumer spending.

The question is whether the growth can continue as monetary policy in Europe and America diverges. One factor behind the U.S. recovery was easy money monetary policy that kept the dollar weak relative to other currencies, bolstering exports. That’s begun to change; the dollar recently reached fresh highs against the euro, and that could dampen American manufacturing, which is where the best middle-income jobs are created. (It’s already softened since the end of the Fed’s own QE program.)

As Yellen mentioned in her speech, “Growth this year has been held down by weak net exports, which have subtracted more than 1/2 percentage point, on average, from the annual rate of real GDP growth over the past three quarters. Foreign economic growth has slowed, damping increases in U.S. exports, and the U.S. dollar has appreciated substantially since the middle of last year, making our exports more expensive and imported goods cheaper.”

How much weaker will an even stronger dollar, the natural result of a rate hike combined with European QE, make America’s manufacturing sector? That’s the big question. As a report released on Wednesday by the French bank BNP Paribas noted, “Europe’s manufacturing is set to outpace the US consistently for the first time since the Great Recession. In the past, this has often signaled faster European than US growth.” While that would be great for Europe at a time when debt, migrants, and terror have polarized politics and dampened growth, it is a tricky path for the Fed to navigate.

It’s totally legitimate to hike now, as I’ve written in the past, both because the economy has recovered, but also because the stock market is frothy and we need to avert the pain of a more major bubble. But a hike when the rest of the world is taking monetary policy in a different direction could derail that recovery. Some smart people, like Mohamed El-Erian, are predicting a 50% chance of return to recession in the US by 2017, which isn’t all that surprising when you remember that the economy moves in 7-9 year cycles and the last recession ended in 2009.

That may be why Janet Yellen is going to such pains to say that even if rates hike in December, the path of increases may not follow its historic steady path upwards. The Fed chair will rely on data to guide her through the trickiest monetary waters since 2008. 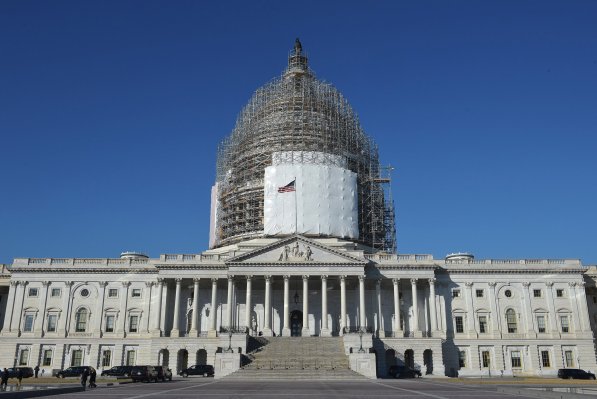 Why Dodd Frank Is Washington's Favorite End-of-Year Political Football
Next Up: Editor's Pick