What To Know About the San Bernardino Shooting

Two suspects are dead and a third person was detained after a shooting at a center for the developmentally disabled left at least 14 dead and another 21 injured in San Bernardino, California.

Violence erupted around 11 a.m. PST Wednesday morning as two shooters entered the Inland Regional Center and opened fire at a holiday party for county employees in an attack that authorities say lasted around five minutes. The pair were dressed in black tactical-style gear and were carrying hundreds of bullets, officials said.

More than 300 police officers responded to the incident, as the San Bernardino police and fire departments responded along with the FBI.

Two suspects, Syed Farook and Tashfeen Malik, escaped in a rented black Ford Expedition, which police later identified in a residential neighborhood about ten miles away. Both suspects were killed after a gun battle with police.

Where Was the Shooting?

The incident occurred at the Inland Regional Center, which serves about 30,000 developmentally disabled people, including children, according to a spokeswoman for the California Department of Developmental Services. About 640 employees work out of the San Bernardino building. According to the Inland Regional Center’s website, it was hosting a Holiday Boutique on Wednesday morning and afternoon. The shooting took place in a conference area that had been rented out for a banquet, according to the center’s president and CEO Maybeth Feild.

In the aftermath of the shooting, police at the crime scene discovered and destroyed three devices they believed to be explosives, Burguan told the Los Angeles Times.

Read More: What to Know About the Center Where the San Bernardino Shooting Occurred

How Many Victims Are There?

Police said at least 14 people were killed and another 21 were injured during the incident. San Bernardino Police Chief Jarrod Burguan told reporters that most of the victims were limited to one area of the facility and that some of those shot had “significant injuries.” A responding officer was shot in the leg during a shootout with the suspects but has non-life threatening injuries, according to the San Bernardino county sheriff’s office. Another officer sustained cuts to his legs, likely from broken glass.

Who Were the Shooters?

Authorities identified one of the suspects as Syed Farook, a 28-year-old American citizen who worked for five years as a health department inspector for San Bernardino County. Police said Farook was at the party at the Inland Regional Center and then left early before returning to execute the attack.

Both Farook and Malik died after police engaged in a gun battle with a dark SUV in a residential neighborhood near the site of the shooting.

According to Burguan, the suspects were dressed in “kind of assault style clothing,” and armed with two assault rifles and two semiautomatic handguns. A spokesperson for the Bureau of Alcohol, Tobacco, Firearms, and Explosives said that two of the guns were purchased legally by an unnamed individual tied to the investigation.

Authorities confirmed that only two individuals committed the shootings. Police detained a third individual after he was seen running away from the scene of the attack, but it is unclear if he was involved.

Farook’s brother-in-law, Farhan Khan, said that he last spoke to the suspect about a week ago. “I cannot express how sad I am,” he told reporters at an Islamic Center in Anaheim. “I have no idea why he would do that…. I am in shock that something like this would happen…. My condolences to the people who lost their life.”

Acting on a tip late Wednesday evening, the FBI conducted a raid of a home in Redlands, Ca. that was linked to the shooting. Officials found thousands of bombs and bullets there — enough to conduct another attack.

Colleagues of Farook told the LA Times that he was a devout Muslim who had recently traveled to Saudi Arabia and returned with a new wife he had met online. Assistant Director in Charge of FBI Los Angeles David Bowdich said that Farook had spent some time in Pakistan on that trip, and returned with his wife in July 2014. She remained in the U.S. with a K-1 visa in her Pakistani passport, he said.

The couple had a six-month old baby who they had left with a grandmother. The colleagues also described Farook as quiet and not someone who talked about religion.

What Was the Motivation Behind the Attack?

David Bowdich, FBI assistant director for Los Angeles, said it was not yet clear what motivated the shooting, the Associated Press reports, and that both terrorism and workplace violence were possibilities.

Burguan told the press that the attack was “not a spur of the moment kind of thing,” saying it required “some degree of planning.”

How Have Politicians Responded?

President Barack Obama repeated a call for gun control in light of Wednesday’s incident.“We have a pattern now of mass shootings in this country that has no parallel anywhere else in the world,” Obama told CBS News. “There are steps we can take to make Americans safer…to make these rare as opposed to normal.” California Governor Jerry Brown issued a statement Wednesday, saying that the state would “spare no effort in bringing these killers to justice.” Many of the presidential hopefuls took to Twitter to respond to the killings in San Bernardino. 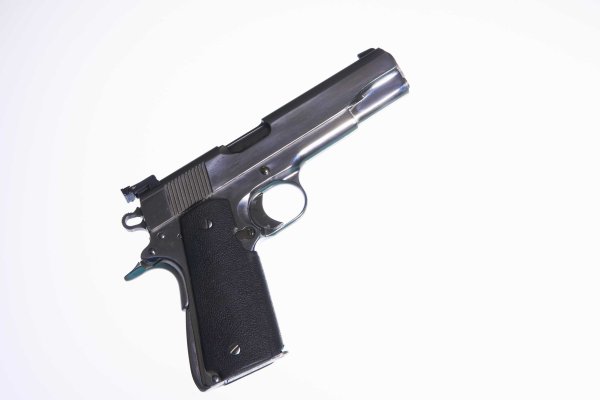 Why We Don’t Really Know How Many Mass Shootings Occur in the U.S.
Next Up: Editor's Pick