President Barack Obama repeated a call for gun controls reforms Wednesday following news that a mass shooting had killed 14 people in Southern California, according to preliminary reports from authorities.

“We have a pattern now of mass shootings in this country that has no parallel anywhere else in the world,” Obama told CBS News. “There are steps we can take to make Americans safer…to make these rare as opposed to normal.” Instituting background checks for people hoping to purchase a gun was among the measures suggested by a visibly emotional Obama in a short interview.

Police are looking for multiple perpetrators in Wednesday’s shooting who reportedly fled the crime scene in San Bernardino, Calif. in a black SUV. 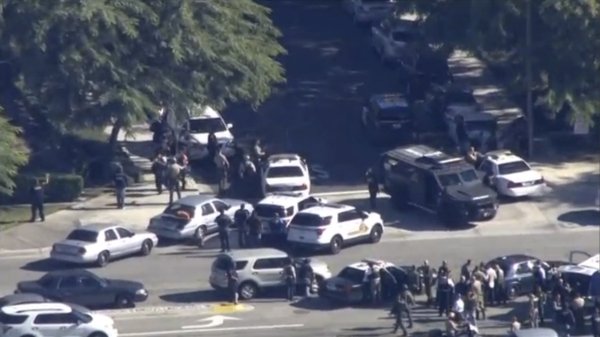