Multiple people were shot Wednesday at a center for the developmentally disabled in San Bernardino, Calif.

Terry Petit told the Associated Press that he received a text from his daughter as she was hiding from gunfire. “People shot. In the office waiting for cops. Pray for us. I am locked in an office,” she wrote, according to Petit.

It is unclear whether Petit’s daughter was among the victims of the shooting. State officials confirmed that the incident took place at the Inland Regional Center, which serves about 30,000 developmentally disabled people, including children, each year, according to Nancy Lungren, a spokeswoman for the California Department of Developmental Services, which runs the facility. About 640 employees work out of the building in San Bernardino, according to Lungren.

A police spokesperson told TIME that suspects in the shooting are still on the loose and authorities have “no idea” where they are. 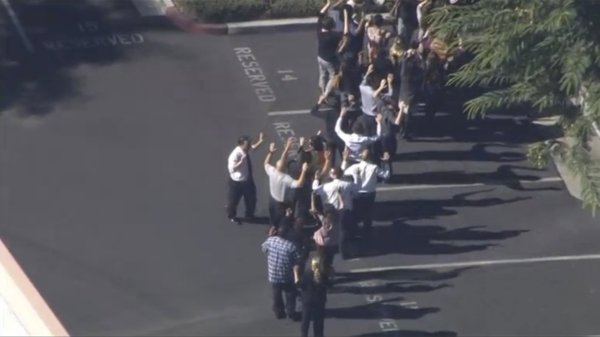 What to Know About the Center Where the San Bernardino Shooting Occurred
Next Up: Editor's Pick